Egyptian papyrus, also known as Cyperus papyrus, is classified as a sedge family member. It forms a clump of tall stems topped with sprays of modified leaves that look like feather dusters. These plants bloom in midsummer with greenish-brown flowers that mature into fruits that resemble nuts. Papyruses are native to the wetlands in Africa and prefer warm, moist conditions, such as a bog or water garden. They are not frost hardy and will die back in areas colder than zone 9.

Most varieties will grow to 3 – 6 feet high and are best used toward the middle or back of a garden bed. In areas with frost, these plants can be grown as annuals and discarded in winter or brought indoors to overwinter. They grow quickly in warm environments and are lovely additions to a water feature, tropical garden, bog garden or rain garden. 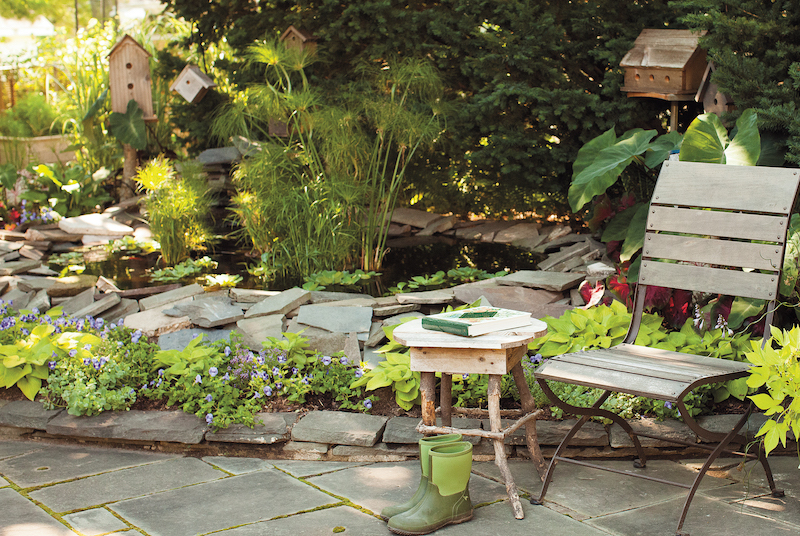 Papyrus prefers full sun, but will tolerate partial shade, especially in hot climates. It grows best in constantly moist, fertile soil. For planting sites with poor soil, you can mix organic matter into the existing soil to enrich it. This is a wet-area plant, but it should not be fully submerged in water; only keep the roots in standing water. Papyrus can be grown in containers without drainage holes, or it can be placed in a dish of water. Papyrus can also be planted in the ground as long as the soil stays moist, especially during the hottest parts of the summer. 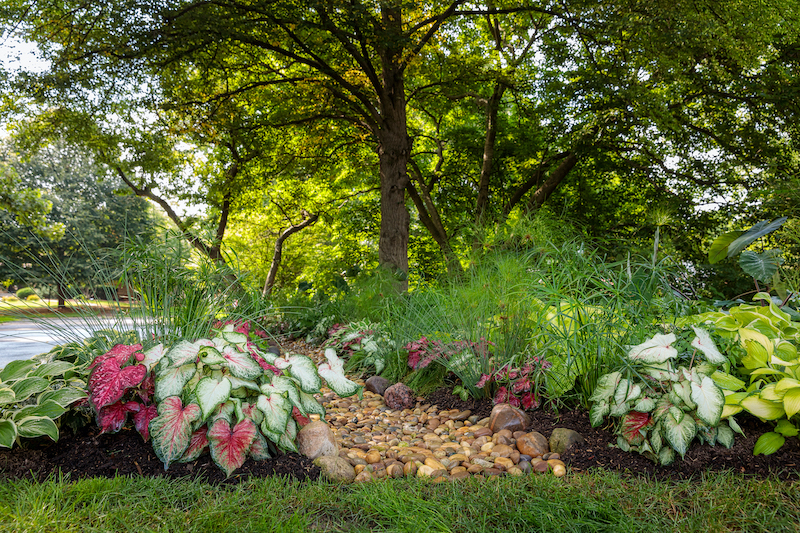 This plant will need constant moisture and should be watered daily during the hot summer months. You really can’t overwater papyrus. Consider planting it in a bog garden or at the edge of a pond to allow constant moisture to seap into the soil. You can create a small bog garden at home by digging a hole about 30 inches deep and lining it with a flexible pond liner, poked with a few holes for drainage. Fill the liner with a mixture of excavated soil and compost, and water the medium thoroughly. Continue to add water as needed each week to keep the soil moist.

Papyrus grows naturally in the rich soil of the Nile River valley. It is a heavy feeder and should be fertilized monthly starting in the spring. Use a balanced water-soluble formula (10-10-10 NPK) diluted to half strength. Also, work decomposed manure or compost into the top layer of the soil enrich it.

Many gardeners in cooler climates treat these plants as annuals and compost them in the fall. In their growing range, they can be kept outside year-round and will go dormant in the winter. In early spring, any dead stalks should be pruned out to promote new growth. Continue to cut back any brown stems that appear during the growing season with a pair of pruning shears or scissors.

Caring For Egyptian Papyrus in Pots

Containers are an excellent way to keep Egyptian papyrus happy. Choose a container that is a few inches wider than the rootball and cover the roots with moisture-retentive potting soil. You can place the container in a dish of water to keep the soil continually moist. Alternatively, use a container with poor drainage to ensure the soil stays wet. In regions cooler than zone 9, the containers can be brought indoors and treated as houseplants. Be sure to fertilize the container twice a year with an all-purpose formula, diluted to half strength. 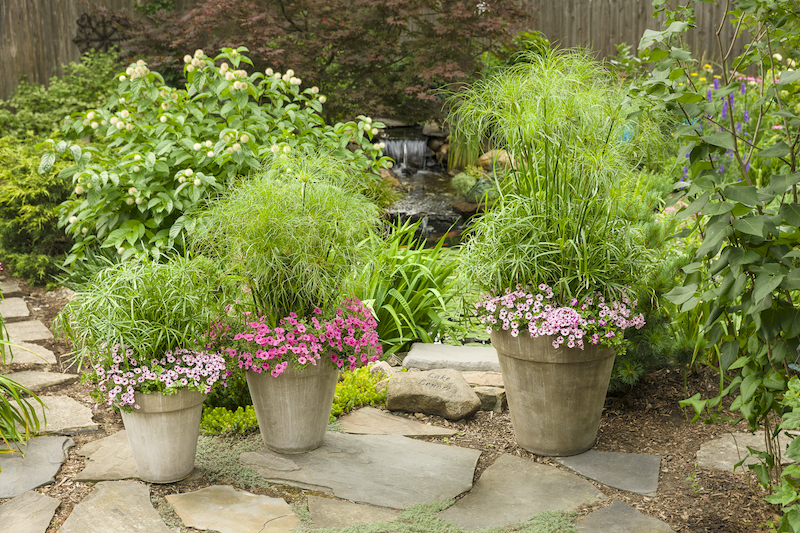 In areas that experience frost, papyrus can be brought indoors and grown as a houseplant. Set the container in a sunny window and keep the soil moist. In the spring, once the risk of frost has passed, bring the container outside, and watch the papyrus spring to life! In areas with mild winters, papyrus can be grown outdoors all year. Overwintered plants can be cleaned up in the spring by removing any spent foliage with a pair of pruning shears.

Egyptian Papyrus has not been reported to be toxic to humans and animals.

In Ancient times and in Southern Africa, Papyrus roots are eaten cooked or raw.

It is impossible for Papyrus not to bloom. They have greenish-brown flowers that bloom in summer and turn to a dark brown "fruit" that looks like a nut.

Do Egyptian Papyrus Have Invasive Roots?

Papyrus has rhizomes or stolons which are characterized as invasive. Rhizomes may grow more than an inch per day, extending 10 feet or more from the mother plant

Is Egyptian Papyrus Annual Or Perennial?

Papyrus is a versatile annual in areas of the country where winter temperatures fall below 35 degrees and a tender perennial in areas that have warmer than normal winters, dying back to the ground and reappearing in spring.

Why Are the Leaves On Egyptian Papyrus Turning Yellow, Brown, and/or Black?

This is generally connected to a lack of water or exposure to extreme temperatures that are too low or high. It may also be due to a lack of light or overexposure.

What Is The Growth Rate Of Egyptian Papyrus?

The growth rate of Egyptian Papyrus is quite fast and can grow up to a height of 12 ft. in native habitats and up to 6 ft. tall when grown as an ornamental.

Papyrus prefers full sun but will tolerate partial shade, especially in hot climates. It can tolerate Heat more than Cold.

Papyrus plants grow best in full sun, they can also grow in partial shade. In hotter climates, it's best to grow your papyrus plants in partial sun areas, as the heat from the sun can dry out the leaves

How Do You Stop Papyrus From Spreading?

Solutions to prevent further papyrus spread into other ecosystems are the use of physical, biological, and chemical controls. Planting it in a container would be best to control its growth and spread.

Why Is My Papyrus Turning Yellow?

This is generally connected to a lack of water or to temperatures that are too low. It may also be due to a lack of light. Whatever the case, add more water, check that the room is at least 60°F (16°C) warm, and give it as much light as you can.

Why Is My Papyrus Dying?

The most likely culprits are too little light or the temperature is too cold, it may also be time to repot your plant into a bigger container with fresh compost or a new potting mix.

How Long Do Papyrus Live?

Papyrus seems to have lasted only a matter of decades; a 200-year-old papyrus was considered extraordinary.

Papyrus has no toxic effects reported.

How Should Papyrus Be Divided?

Cut apart the papyrus rhizomes into groups of two or three. Re-pot the new plants and grow them as usual.

Have a question about Egyptian Papyrus Plant? Fill out the form below and we will try and get back to your question as soon as possible. We may even feature your question in this article to help other gardeners!