How Does Wind Affect Transpiration

If you’ve ever gone skiing or hiking in the mountains of the Southwest, you’ve heard the warnings (or ignored them and learned the hard way). Drink lots of water, more water than you normally drink. You also might have noticed that you became breathless a little more quickly. All those warnings aren’t just designed to impress flat-landers or to make up for exertion. There’s science behind high-altitude dehydration of people and plants call transpiration or sometimes known as evapotranspiration. Evapotranspiration is the process by which water is transferred from the land to the atmosphere by evaporation from the soil and other surfaces and by transpiration from plants.

Air pressure is lower at higher altitudes, and that means that moisture evaporates more quickly. It evaporates from lungs and from the soil and roots around plants. Add the fact that most high-desert and mountain climates also are low in humidity, and you’ve got to adapt to a new environment or nearly pass out. The same goes for your landscape, which is another reason to stick with native plants. These guys have toughed it out; they’re not just here for a weekend getaway! If you do choose non-native cultivars, plant them sparingly, and try to use them in protected areas.

A holiday snow does not mean a humid climate.

Luckily, winds are worse in New Mexico on the plains than in the mountains. But how about in the high desert? Because of the wide temperature variations – warmer days and cool evenings, desert air can be a little unstable. Anyone driving through rural Arizona and New Mexico is likely to see a few wind farms, a smart renewable energy choice for our state.

Windy air contributes to evaporation. As wind speed increases, plants react by upping their rate of transpiration, which is the plant’s loss of water as it’s absorbed through the roots, up to the leaves, and out the leaves as it evaporates. More than 90 percent of the water a plant absorbs is lost by transpiration. It’s inevitable with photosynthesis. 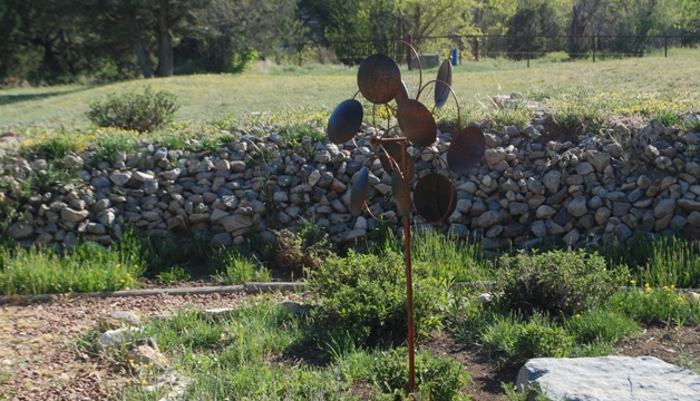 This wind spinner is calm today, but we had to permanently shorten the stake to stabilize it because it almost took off in flight or bent in half a few times this spring.

It’s easy to imagine that wind makes plants drier, as anyone who lives in a windy, arid climate knows when they constantly apply lotion to their skin. Science also explains the effect of wind on evaporation. First, it’s helpful to recognize that plant evaporation increases humidity to an extent. If you’ve ever been in a greenhouse or a tropical plant exhibit, you can feel the humidity as you walk inside.

When the water that travels through a plant reaches a plant’s leaves, it seeps through tiny pores on the underside of the leaves. By hanging out there, the vapor adds to the relative humidity of the air close to the leaf. Kick up the wind, and the leaf moves around, so that it spends time in drier air. Of course, if the air outside is humid that day, the wind won’t have as much effect. But how often is it humid around here? Anyway, high wind, combined with low overall humidity and full sun, can rapidly dry out your vegetables or ornamentals before you know it! 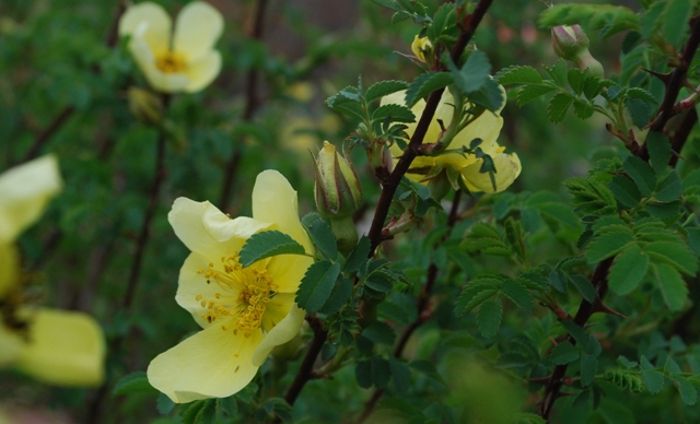 No wonder so many xeric plants have smaller leaves. Less transpiration occurs and more energy can go into the plant’s health and blooms.

Native plants adapt to soil and climate. So what about succulents? I won’t get into a long biological discussion, mostly because I am not a biologist or botanist. But one reason that succulents often have small leaves and large stems is to reduce transpiration so they can survive in dry, hot deserts. Others, like the aloes, have a different type of epidermal layer that doesn’t allow for rapid transpiration. It’s amazing how well plants adapt to their environments. 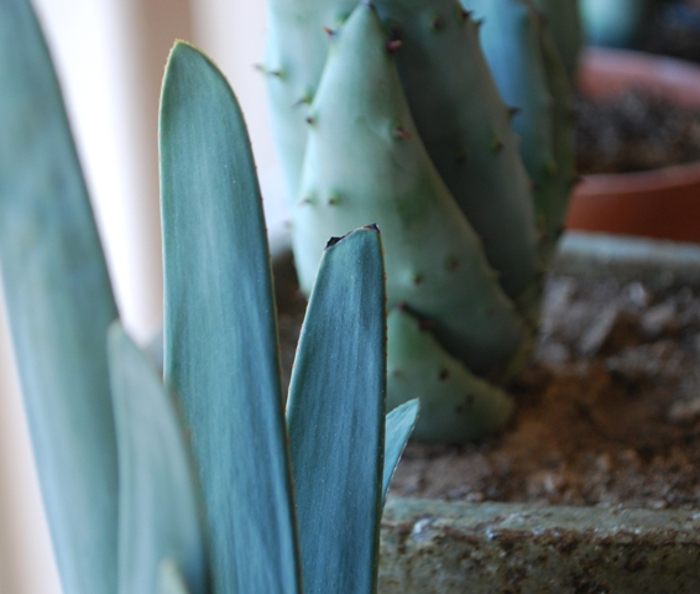 These aloes have larger leaves, but they lose less water to evaporation than do typical plants.

If you have a non-native that takes slightly more water, don't forget about protection. Place the higher water user where it’s more protected from wind. If it can take some shade, at least in the hottest afternoon sun of summer, that will help too.

How To Determine Watering Depth

How To Read Plant Labels

Using Rainwater in the Garden

Water Under, Not Over, a Plant

How Does Wind Affect Transpiration?