Alyssum is a plant that is non-toxic to humans and most animals. The foliage and flowers are edible and very strongly flavored. Often, Alyssum is used as an edible garnish for sweet foods such as fruit or cakes. The leaves have a strong, pungent taste similar to mustard. (Alyssum is one of thousands of members in the Mustard plant family). In comparison, the flowers taste sweet like honey. 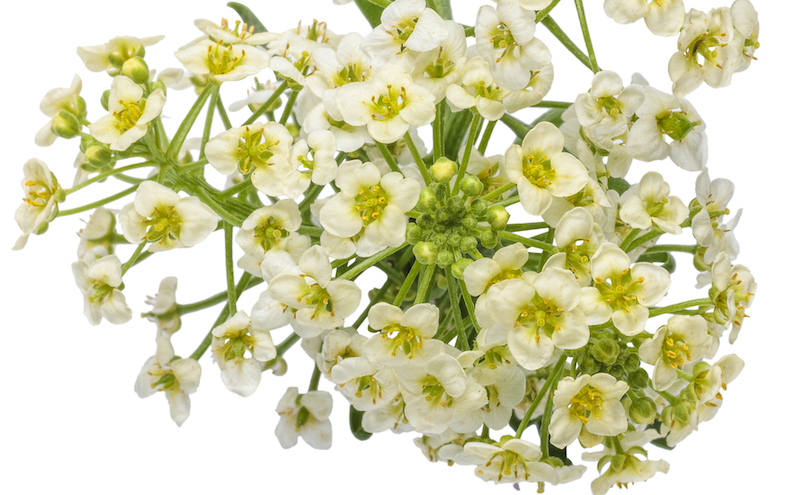 Is Alyssum Poisonous to Children?

Alyssum is not toxic to children of any size or weight. The leaves have no irritating sap or spines. The flowers are entirely edible. Of course, overeating any plant is not good and may cause stomach upset. If this does occur, contact your family doctor or local poison control hotline for further instructions on home treatment. 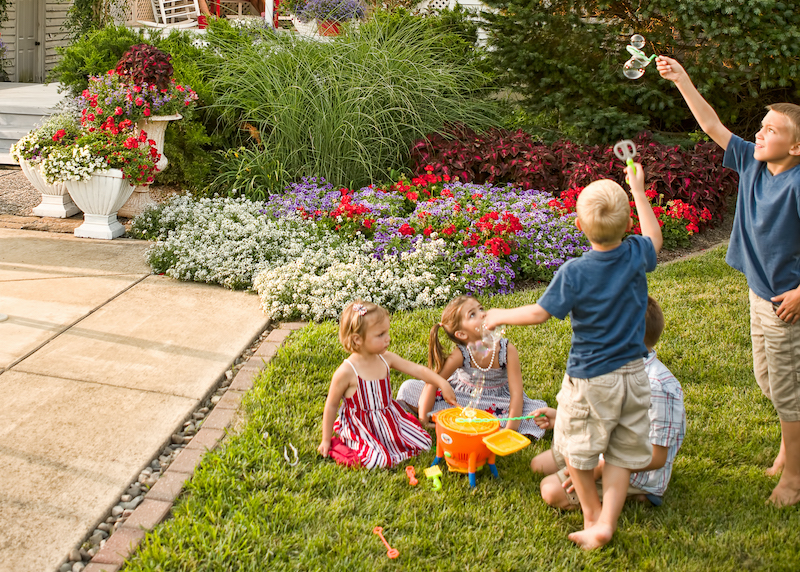 Is Alyssum Poisonous to Dogs?

Dogs are not bothered by any part of Alyssum. The leaves and flowers can be eaten without adverse effects on your pet. If Alyssum is part of a mixed planting, be aware if any of the other plants are potentially toxic.

Is Alyssum Poisonous to Cats?

Cats can nibble on all parts of the Alyssum plant with no adverse effects. Brushing up against the flowers and foliage will not cause skin or mouth irritation. Make sure that the other plants in a mixed planting are as non-toxic as Alyssum.

Is Alyssum Poisonous to Other Animals?

Livestock is not bothered by the plant we know as Sweet Alyssum, Lobularia maritima. There is another plant commonly called Hoary Alyssum that can be quite toxic to grazing livestock. Hoary Alyssum is in the Mustard family also, but the genus is different. The scientific name is Berteroa incana, and it is typically found growing in meadows from Minnesota to the West Coast of the United States.

Both the dried and fresh versions are a threat to livestock. Sometimes the dried plants will end up in dried hay feed and should be monitored in bales of hay. The primary prevention is to pull the plant from meadows where livestock graze. Contact your veterinarian if you suspect one of your animals ingested Hoary Alyssum.

Alyssum is often used on small farms and in vegetable gardens as an insect attractor and a weed-suppressing groundcover between rows. Some growers even use Alyssum as a catch crop to attract potential pest insects away from the food crop. Using Alyssum in the home garden is similar to planting companion plants such as Marigolds or Chives. The plants help deter rabbits and deer from eating the main growing crop.

If something happens to your furry friend, and you suspect they are suffering from Alyssum poisoning, there is a poison control hotline to call for 24/7 vet advice. It is called the Pet Poison Hotline, and its phone number is (855) 764-7661.