Yarrow has been used for centuries as an herbal cure for many different ailments. Everything from stomach upset to blood clotting. The scientific name Achillea comes from the Greek mythical hero Achilles who was said to have treated his wounded troops with an herb that stopped bleeding and could repair wounds within a day.

There are alkaloids in Yarrow that in small amounts will aid in healing, but in large amounts can be toxic to humans and pets alike. Livestock also can be affected by the alkaloids in Yarrow when they graze. The good news is that cattle, sheep and goats will rarely graze on Yarrow long because of the bitter taste of those alkaloids in all parts of the plant. 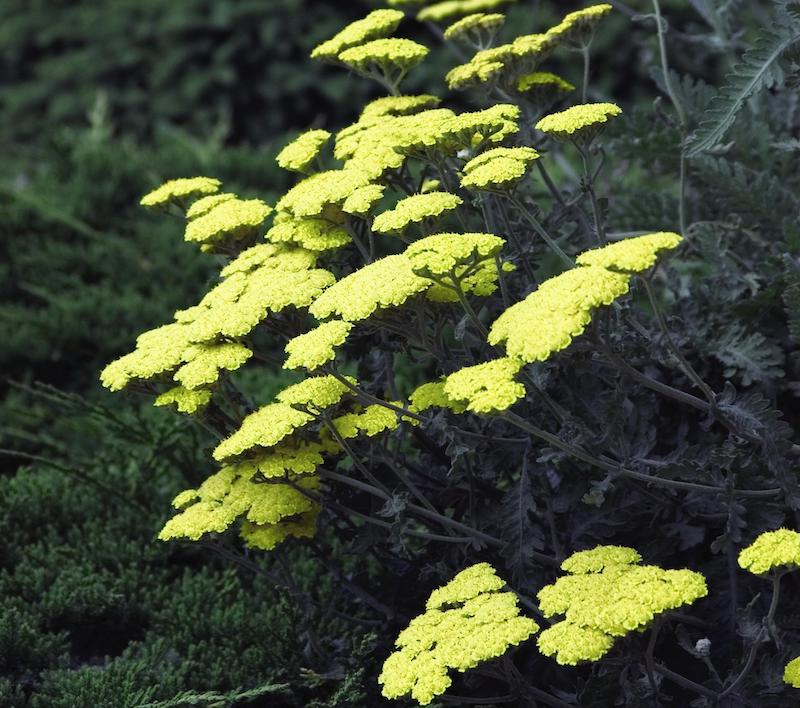 Are Yarrow Plants Poisonous to Children?

The short answer is yes, although large amounts of the plant would need to be eaten. Touching Yarrow will not lead to much irritation, unless the child has very sensitive skin. Ingesting any part of Yarrow should be taken seriously. Contact the local poison control line or your doctor for information on steps to be taken. Small children will sometimes keep eating something even though it is extremely bitter or unpalatable.

Are Yarrow Plants Poisonous to Dogs?

Yarrow is toxic for dogs to ingest. Many times a dog will not stop eating a plant just because it tastes bad. The symptoms of Yarrow poisoning in a dog include vomiting, diarrhea, scratching or rash, and increased urination. A call to the veterinarian should be made as soon as possible so that any symptoms do not turn into a worse problem.

Are Yarrow Plants Poisonous To Cats?

Any cat that is not strictly an indoor cat could have contact with Yarrow, either in the garden or with wild types growing along the roadside or open fields. Any part of the Yarrow plant is toxic for cats. Cats will stop eating something that is bitter or unpalatable, so the amount ingested may be minimal. A call to the veterinarian should be made as soon as possible so that management of the symptoms can be started. Symptoms of Yarrow poisoning in cats include vomiting, diarrhea, scratching or possible rash and increased urination.

Are Yarrow Plants Poisonous to Other Animals?

Livestock that graze on grass may come across native types of Yarrow as part of the meadow flora. Yarrow is toxic for all ruminants, i.e. horses, cattle, sheep. The tannins in Yarrow make the plant very bitter, and livestock often only eat a small amount before moving on to another plant. The symptoms of Yarrow poisoning in livestock are the same as in house pets: diarrhea, vomiting, scratching or possible rash and frequent urination. A call to the veterinarian should be made as soon as possible for guidance on symptom management. 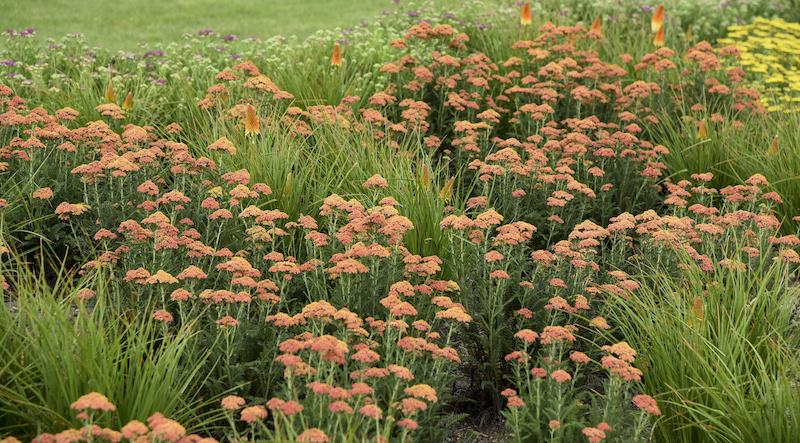 Always check with your veterinarian or doctor if there is suspected Yarrow poisoning.

These are some of the symptoms that humans and animals will exhibit:

The best prevention for Yarrow poisoning is to keep the plant away from children and pets or to use sprays that will deter pets. Preventing Yarrow poisoning of livestock involves careful management of grazing fields to keep yarrow from growing.

Children and dogs can be fenced off from the plants, or the plants can be planted in areas that are off-limits to playing children and dogs. Repellent sprays are not a long-term solution. The active ingredients in repellents usually wear off over time or wash off during rain or watering sessions. Cats can be kept indoors and away from the plant.

If the cat continues to have access to this plant, barriers like chicken wire cages or obstacles sticking out of the soil can be placed around the plant to keep cats from getting within nibbling range.

If something were to happen to your furry friend, and you suspect that they are suffering from Yarrow poisoning, there is a poison control hotline to call for 24/7 vet advice. It is called the Pet Poison Hotline and their phone number is (855) 764-7661.