Some gardeners state that you are supposed to lay the ginger on top of the soil, but we prefer to plant it right under the surface so cats, children or pests don't eat it. We've had had no issues growing ginger this way.

Thanks to Andrea for mentioning in the comment section to be careful to make sure there is a "node" on each section you plant. All of the important stuff to grow is hidden in that node and without one, the ginger will just rot. You can kind of think of it as the seed inside the little piece of ginger. A node (or bud or whatever you want to call it) is just a little knob on the ginger. You are probably more familiar with potatoes. You know when potatoes sprout in your pantry? That little sprout came from a node. Try to find those little bumps on your ginger. If all else fails, try taking an inch off the end of each little finger, those almost always have a node on them.

So here's a chunk of ginger root, about an inch long, unpeeled.... 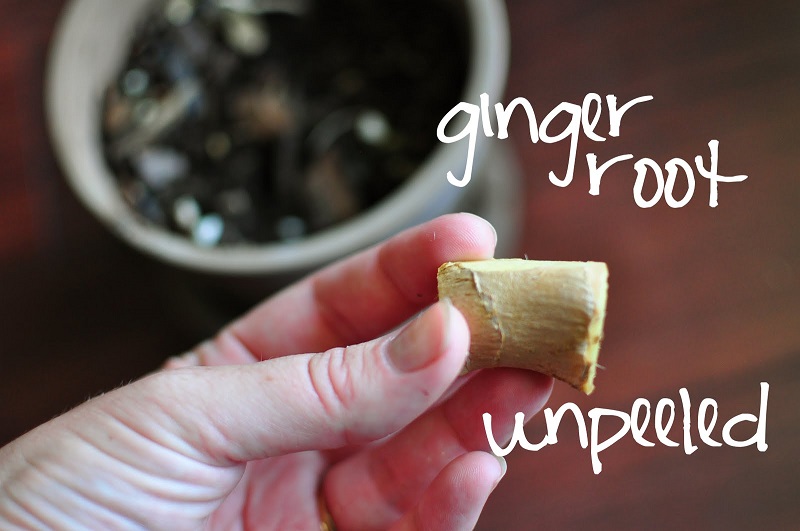 Simply place your chunk of ginger in a pot of rich potting soil and don't overwater it.

A few cubes of ice a week work until the leaves start to show up. 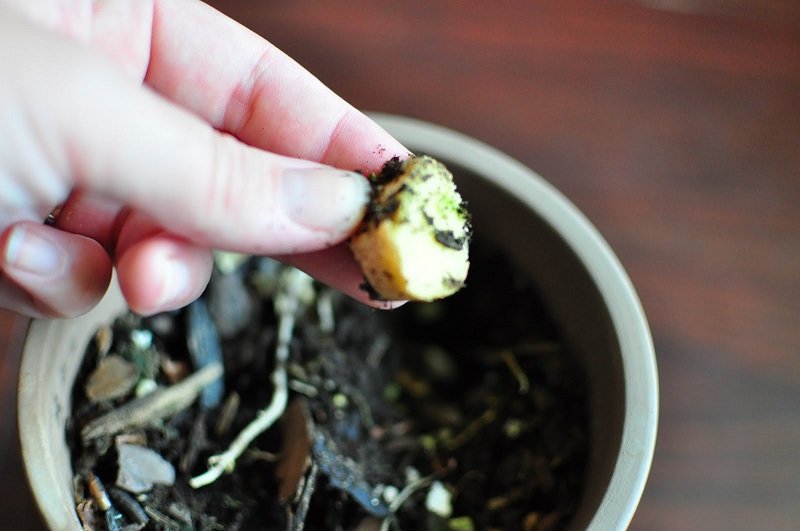 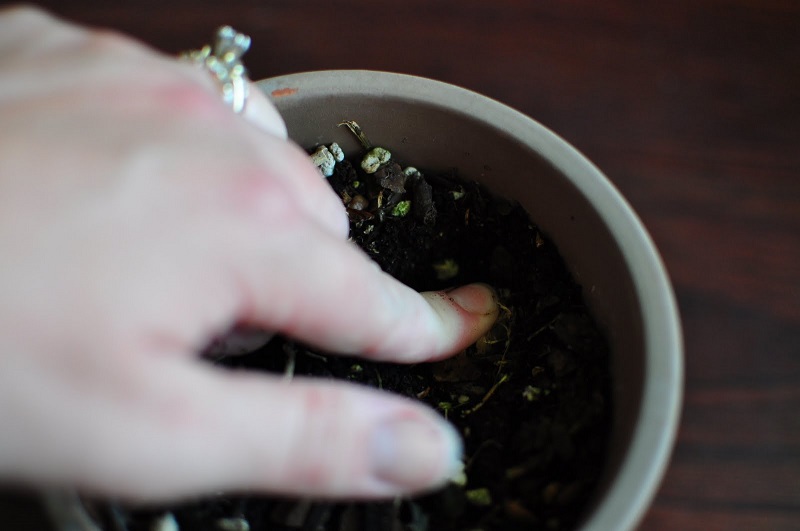 Fast forward a few months...a little ginger poking up through the soil. See that shoot, that should emerge from the soil. 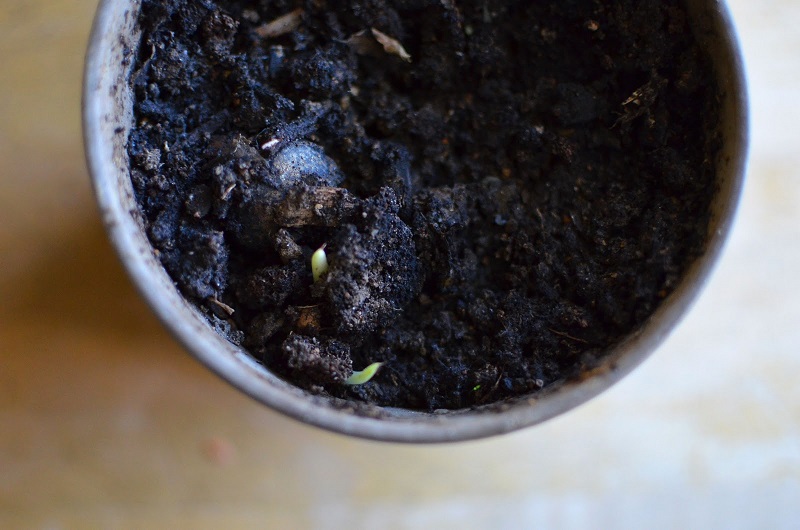 How to Compost in the Winter