New lavender can be planted in early spring; this will give it months for the root system to establish and get the plant off to a healthy start. Younger plants require more consistent watering than mature lavender. Lavender will become more drought tolerant after a few growing seasons, so whether you are growing lavender in containers or in the landscape, a sunny location, fast-draining soil, and watering are key factors to growing long-lived plants. 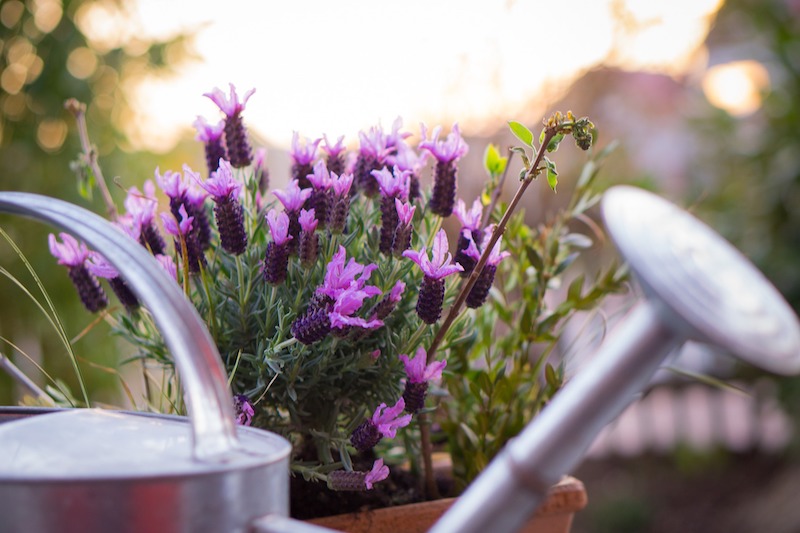 How To Tell If Lavender Needs to be Watered

You will notice lavender leaves will start to turn dull and droopy if they need a drink. The leaves will have a satin sheen and be dense when the plant has ample hydration. When the first few inches of soil look and feel dry, water thoroughly. Allow the soil for mature established plants to dry between waterings.

How Often To Water Lavender

Lavender must be planted in well-draining soil and placed in a full-sun location. Lavender plants will become drought tolerant once they mature after a few growing seasons, but young lavender plants should be watered more consistently, approximately once or twice per week, to establish well-formed roots. Water when the first few inches of soil dry out. Pay attention to soil moisture levels when growing lavender in pots as they tend to dry out more quickly.

Water newly planted lavender once or twice a week during its first full growing season to help the root system get established. Water mature lavender every two to three weeks until flower buds form, then once a week or more until you harvest the flowers. Reduce watering after blooming.

Yellowing leaves are a visual sign of overwatering, whereas dull-colored droopy leaves are a sign of a thirsty lavender plant. 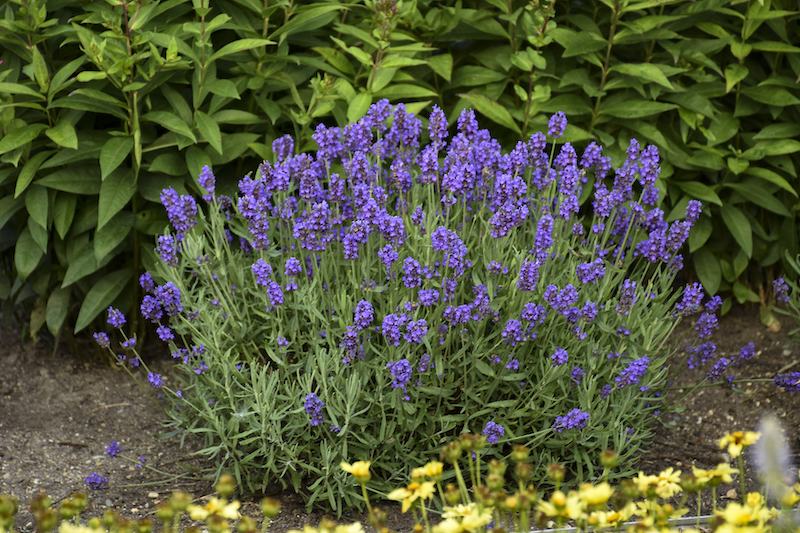 If you bring lavender plants indoors to a more sheltered location, water sparingly, just enough to keep the soil lightly moist during its winter dormancy period. Allow the first few inches of soil to be very dry before watering again. 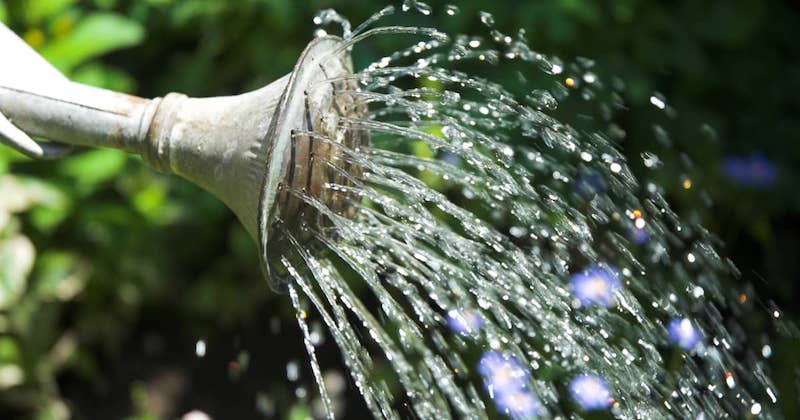 How to Water Lavender

Step 1 - Always water the root zone, not the plant.

Avoid watering lavender from overhead as this can encourage bacterial leaf spot; instead focus the water around the perimeter of its root zone.

Step 2 - Do not overwater lavender.

The key to growing healthy lavender plants is fast-draining soil. Be consistent with watering, particularly young plants. Keep in mind that too much water as well as overhead watering can lead to both stem and root rot.

Step 3 - Mulch around the root zone.

Applying an organic mulch will help maintain soil moisture and suppress weeds during the growing season, particularly in the heat of the summer. Pea gravel or bark chips work well. Be sure to pull back the mulch from the stem and crown to increase air circulation and avoid stem rot.