Ornamental grasses grace nearly any type of landscape and often provide winter interest in the garden. Some grasses are evergreen, and retain some color even after trees and shrubs in the landscape drop their leaves. Most warm-season and cool-season grasses often look pretty in winter landscapes, even when dormant. The reason is that many ornamental grasses "bloom" with wispy seed stalks that birds love and that sway in winter breezes. Most perennial grasses survive the winter with little to no care, as long as you have chosen an ornamental grass hardy to your growing zone. 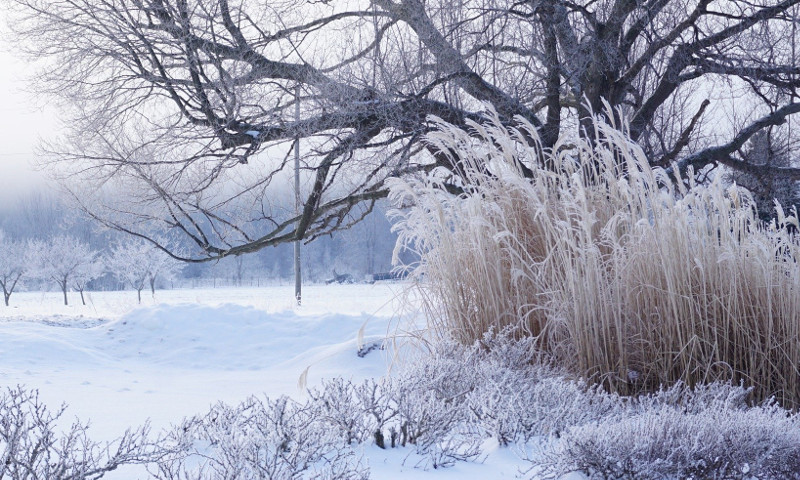 Cutting Back Ornamental Grasses for Winter

There is no reason to prune cool-season ornamental grasses before winter strikes. In fact, you probably will prefer to leave all ornamental grasses alone in fall. Most look good swaying in winter breezes, and some varieties have colorful fall foliage. A few ornamental grass varieties, such as mondo grass, dwarf pampas grass and some sedges, are evergreen. It might be necessary to divide these grasses as they spread and die out in the center. Fall is the best time to divide these grasses, but spring also works in regions with mild winters.

Warm-season ornamental grasses go dormant in winter and the blades and seed heads dry out and usually turn brown. Still, birds can enjoy the seeds and some of the dried foliage is attractive. Wait to cut these grasses down to about 4 to 6 inches above the ground in spring. 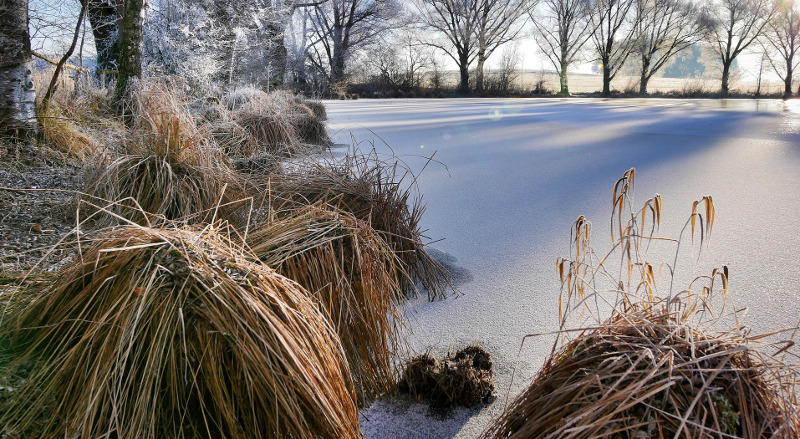 Most established ornamental grasses need little additional watering except in periods of drought. Most grasses go dormant in winter; those planted in the ground will survive with typical snow or rain. You can water grasses in containers only occasionally, since containers dry out so much. In winter, they likely need no more than monthly watering because the grasses need to remain dormant. 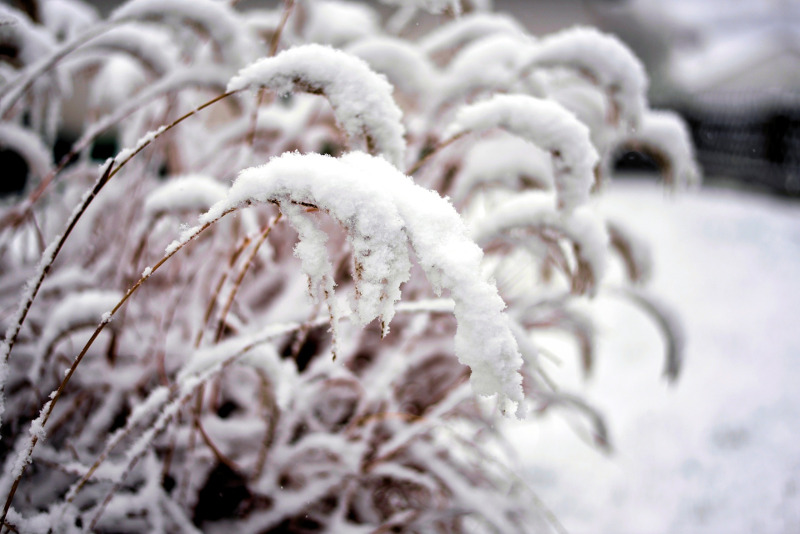 If you want to winter over a tender ornamental grass indoors, be sure to match the light level the grass received outdoors. Those that grow best in shade or part shade will fare better in indoor container arrangements.