Rosemary (Rosmarinus officinalis) is the perfect low-water herb, and for that matter a perfect xeric ornamental. This year, we have two we keep as ornamentals and allow to bloom, and two for culinary use in containers, because I have a hoarder-like fear of running out of rosemary. 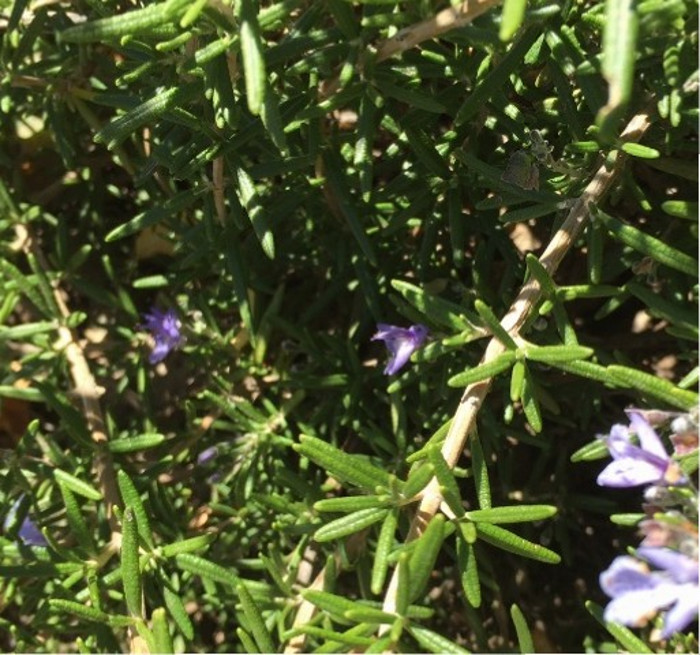 It’s so pretty to look at, smells wonderful, tastes delicious, and thrives in dry climates. Why not have rosemary all year long?

Rosemary (and lavender, another favorite low-water herb) can be somewhat difficult to grow in wetter climates. But in drier climates, it makes a perfect low-maintenance plant! Once established, the plant thrives with less water. Depending on the variety, rosemary is hardy in zones 8 through 10. A variety called R. officinalis ‘Arp” is hardy to zone 6, however, and to zone 5 with some effort from the home gardener. 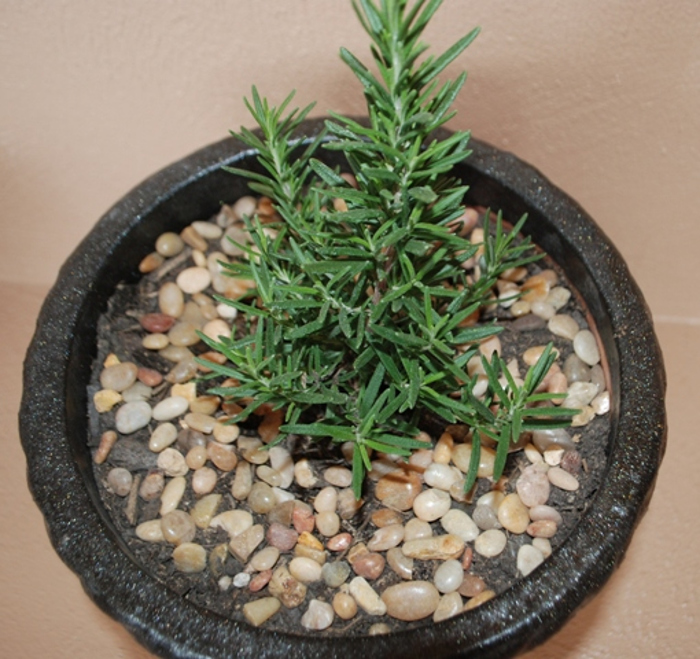 Rosemary plant, placed into a container, is now outside on our south-facing patio. It’s doing well after several nights below freezing.

It’s generally easier to overwinter rosemary outside than indoors. Here are a few ways to push the zone a bit on rosemary, and my tip for keeping rosemary (and lavender) healthy through winter. 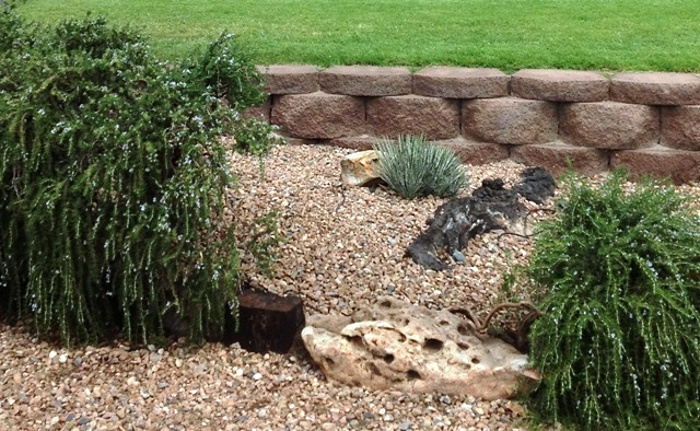 This is one, not two, trailing rosemary plants. The big gap in the center is where Tim had to trim out dead, black branches ruined by a heavy snow in Albuquerque one winter. We had to save this plant because it was so pretty and attracted loads of bees, and we learned our lesson about brushing snow off of rosemary.

And here’s the best tip for keeping rosemary happy and healthy in the winter! You know when you can’t wait to get outside and play after a snowfall? You take the kids, the dogs, the camera, your companion of choice…outside to enjoy the snow. Stop for a second and head straight for your rosemary in the garden or container. Carefully brush as much snow off of the plant as you can, especially over the center, main branches. We nearly lost a beautiful trailing rosemary bush several years ago before I knew how important it was to do this. The slow melting of snow amounts to setting your drip hose to run on the rosemary for days. It can destroy part or all of the plant.

Use your bare hand (until you can't feel your fingers) and then a soft broom to brush off all of my rosemary and lavender plants while the snow was still flaky. 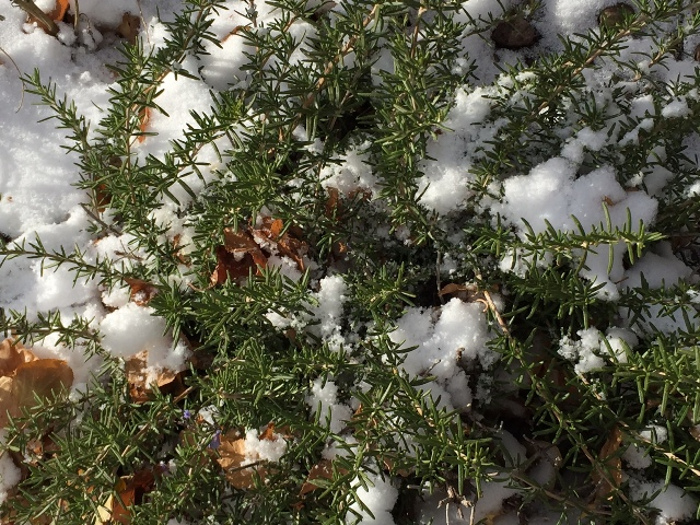 This is not a ton of snow, but is enough that the slow dripping from melting could damage some of the branches or roots of this rosemary plant.