Rosemary is a perennial herb from the genus Rosmarinus and in the mint family. It has many culinary, medicinal, and ornamental uses. It is primarily used to flavor meats, sauces, vegetables, and soups. It also has anti-inflammatory properties which makes it great for people with arthritis or other chronic pain conditions.

The flavor is slightly bitter and can be either sharp or delicate. It also has a strong odor that can be pleasant depending on the person smelling it. It can be grown indoors or outdoors and it's a very versatile herb. Rosemary grows best when it has good drainage in soil with lots of sun exposure and dry air. 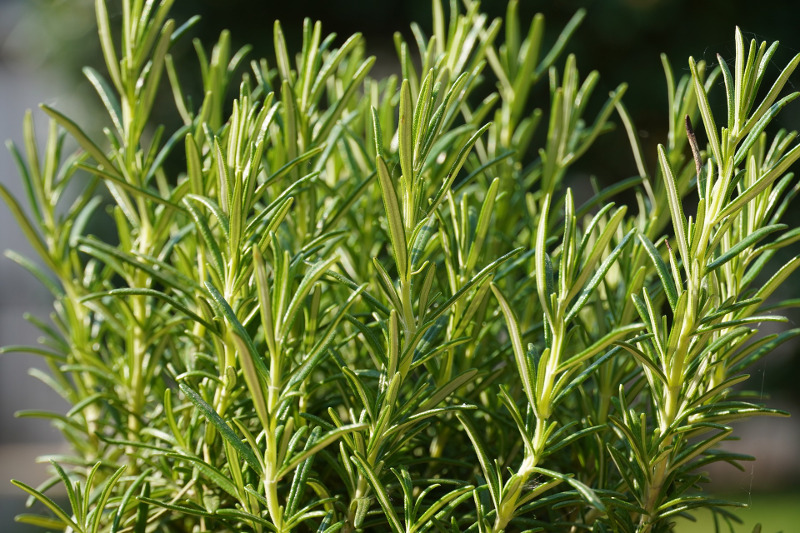 The first step to growing rosemary is to make sure you have space available in your home for the plant while it's growing. This amount of space will depend on the variety of rosemary that you decide to grow because they all have different sizes when they are fully grown which means they will need different amounts of space. After the first year or so, rosemary requires little to no water. You don’t have to prune rosemary, but might want to shape it in early spring every few years.

Although few problems affect rosemary plants, the spittlebug can take up residence on the stems. The covering over the bug looks like pieces of cotton or meringue on stems. Just spray them off with a hose.

There are two types, or growth forms, of rosemary. The plant can grow as a shrub, which can be trimmed into shapes, or as a low-growing groundcover that can cascade over rock walls. Rosemary loves sun, but can do ok in partial shade.

Plant rosemary in loose, well-draining soil. In cooler climates, tuck the plant against a south-facing wall or protected rocky area to help warm it in winter. Rosemary might do better in containers in hotter Southwest climates, where you can move the plant around for a little more shade in peak summer heat. In colder areas, container-grown rosemary might get too cold to survive, and you may need to bring the plant indoors.

You can prune rosemary anytime in the spring or summer, just not close to the first anticipated frost of the year. Give a 4-6 week cushion between pruning and the first frost. Use clean and sharp pruners so you do minimal damage to the remaining plant branches and stems.

Try not to prune away more than 1/4 of stems and avoid cutting into the woody branches when possible. Give a season break if you need to trim back more than that.

If the plants start to flower, it is typically a good idea to pinch those flowers off, or use trimmers. This helps encourage the plant to grow more foliage instead of putting energy towards the flowers. It also helps increase the flavor of the foliage. 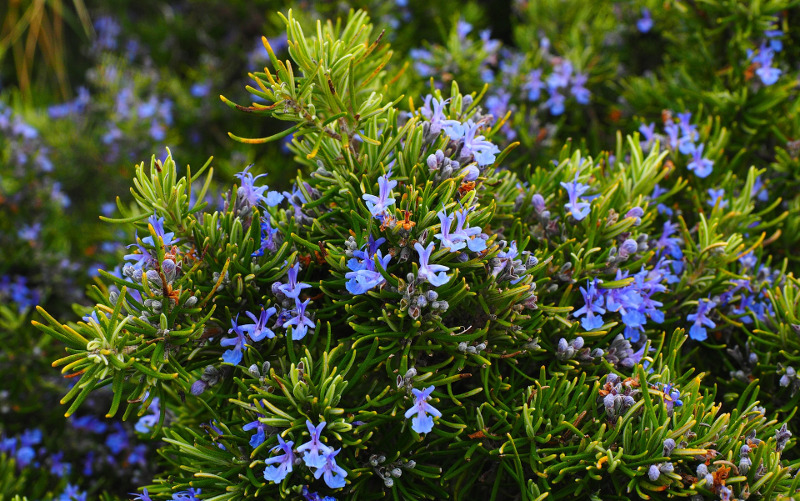 You can snip sprigs of rosemary with pruners or kitchen scissors. Make sure the tool you use is sharp and clean before cutting into the plant. You can either cut new growth or old growth. Make sure not to trim off more than 1/4 of a branch at a time. Newer growth may be more fragrant and easier to chop off. The older growth can be used as skewers or for grilling. You can also take the leaves off of the branches and cut the leaves into smaller pieces for sauces and marinades.

There are two things to remember when growing rosemary in pots. The soil and the container need to drain very well. The location needs to get a lot of direct sunlight. The benefit of growing rosemary in pots, is that you can easily move the plant indoors in the winter and not have to start over with a new plant the next spring. You also get to enjoy fresh rosemary all winter that way as well! The plants generally do not require fertilizer either. 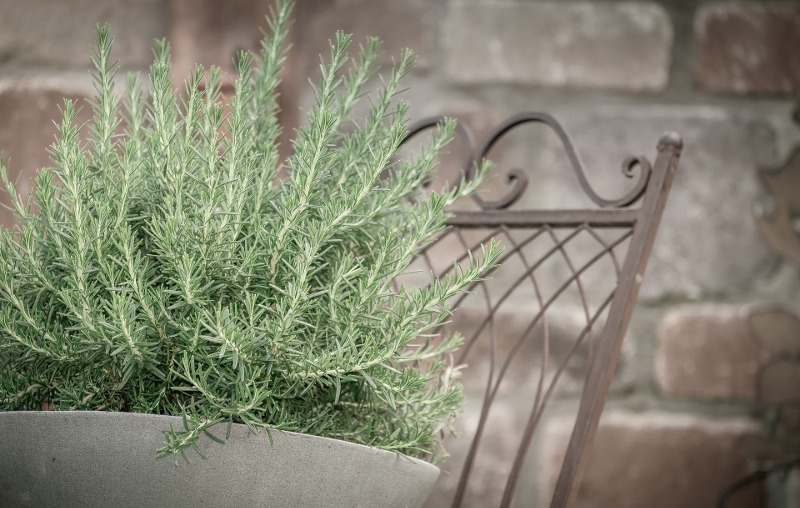 Rosemary is only winter hardy up to zone 8. So most of the country will need to either bring their plants indoors, or start from scratch each year and grow the rosemary as an annual. In the south, winter snow can damage rosemary with the slow, cold melting that dampens the plants over cool ground. So make sure not to leave snow sitting on the plants too long if you do decide to keep the plants outdoors over the winter.

Indoors, move the plants to a south facing window to get as much direct sunlight as possible. Water sparingly during the winter months, and be sure the soil dries out completely between watering the plant. The growth of the plant will be much slower during the winter, and you may not be able to harvest as often because of that.

Another option for winter is to harvest the entire plant. You can freeze the harvested sprigs, make rosemary butter or ice cubes, or dry the herbs out.

It is possible to propagate rosemary from cuttings. This is a much faster way to get a mature rosemary plant that is ready for harvest compared to using seeds each year. The best cuttings are from the new growth that appears early in the spring growing season. You want the cuttings to be from the soft wood, not the hard wood.

Cut the new growth around 5 inches long. We recommend growing several cuttings at once in case some do not survive. Strip the leaves from the lower 2 inches of each cutting. Place the cuttings in a jar with 2 inches of water. Set the jar near a window but out of direct sunlight. Change the water every 2 days to help prevent rotting. After 4-8 weeks, you should start to see roots develop at the bottom of the cuttings. That means the plants are ready to be transplanted to soil and moved to an area that receives direct sunlight, like a south facing window. 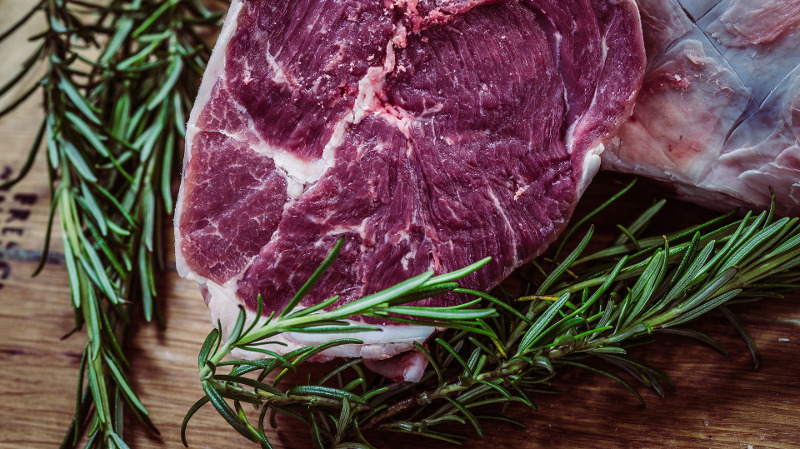 Other Ways To Use Rosemary

One way to use your Rosemary is in an interesting, unique way. You can use it as a natural air freshener. This will require you to bring a pot of water to boil on the stove and then place it in a bowl with the Rosemary. Bring the water to a simmer and let the Rosemary boil for about 5 minutes. Remove from heat and let cool completely before using this method as an air freshener for your home.

Have other ways to use rosemary? Contact us and we would be happy to add it to this article!

Rosemary requires 6 to 8 hours of direct sunlight, at the very least, for best performance though they can tolerate some morning shade if they have to.

How Long Do Rosemary Plants Live?

There are some rosemary plants that can live for 15 or even 20 years, though most live for around 10 years.

What Is The Growth Rate Of Rosemary?

Rosemary is a slow-growing plant in their first year, and occasionally even in their second year, but are relatively quick growing after that, reaching their mature size by their third or fourth year.

Why Does Rosemary Leaves Turning Brown?

Consistently damp soil can cause root damage to rosemary and will eventually turn the leaves brown. Rosemary does not require a lot of moisture, prefers soil that drains well, and is drought resistant.

Why Does Rosemary Leaves Turning Yellow?

Yellowing leaves on rosemary is most often caused by too much moisture in the soil that does not drain well or an excessive amount of nitrogen in the soil.

Is Rosemary Annual Or Perennial?

Rosemary is a perennial plant that comes back year after year, but it cannot survive in climates where temperatures get extremely cold and is grown as an annual in many places. However, it is a great container plant and can be brought indoors for the winter.

Have a question about Rosemary? Fill out the form below and we will try and get back to your question as soon as possible. We may even feature your question in this article to help other gardeners!