Can You Reuse Potting Soil

If you have ever grown anything in a garden planter, indoor flower pot or in a raised garden bed, figuring out what to do with the old dirt is a very important decision to make to ensure you are successful gardening the following year. There are several options for reusing your old potting soil. But it is critical to follow the right steps, otherwise you could be setting yourself up for failure the next time you try to use the old soil for new plants. Here are some options for using old potting soil once your plants die. 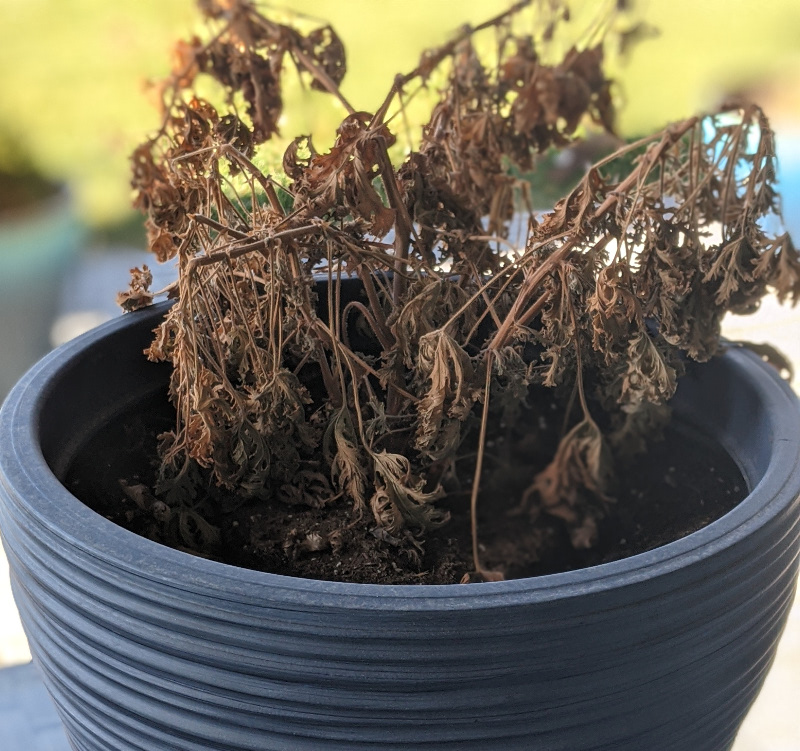 What To Do With Old Potting Soil

If you choose to reuse the soil in the container the following year, you need to be aware of a couple of risks in doing so. The first risk is that the soil may contain pathogens, viruses, fungi, bacteria nematodes and pest larvae. By reusing the soil, the plants will be susceptible to getting diseased and dying the next year. 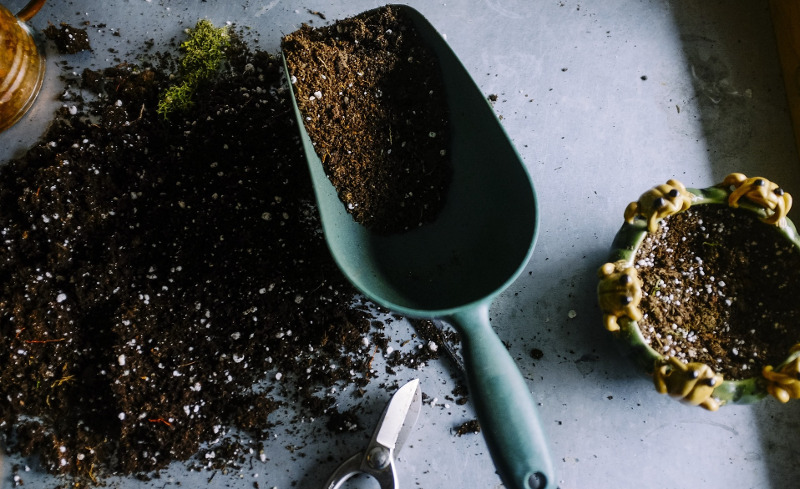 How Long Does Potting Soil Last?

Most peat moss based potting soils (which is the most common type of potting soil) are only designed to last a year or growing season. This is because the soil will start to compact down, which prevents the soil from draining as well as it should. The soil will also run out of nutrients eventually, which are critical for the plants to grow.

Another way to tell if the soil needs replaced is if there is a white crust on the surface of the soil. That is more than likely salt buildup, which can slow plant development. An easy to to prevent this from happening in the future is by watering with rainwater, which has less salt content than tap water.

Do I need to replace potting soil every year?

Potting soil doesn’t need to be replaced every year. But the soil does need to be amended to ensure the dirt drains well and there are enough nutrients in the soil. Keep reading to learn how to reuse potting soil each year. Old potting soil can often become compacted and shrink away from the sides of the container. This prevents the soil from draining properly. 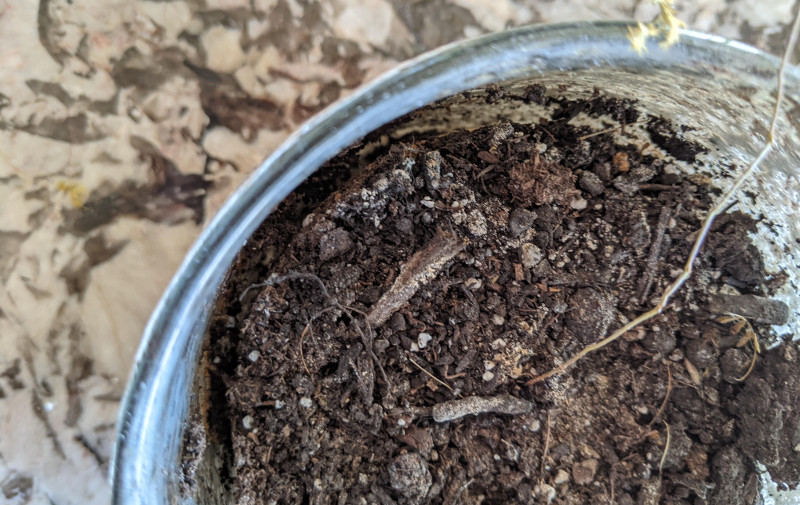 There are just a few easy steps to revitalize potting soil in order to use it again. It is dirt after all!

Step 1 - the first thing you will want to do is allow the dirt to completely dry out. This makes the dirt much lighter to carry and move around. You can either allow the soil to dry out in the pot or in a separate container like a trash can or wheelbarrow. We prefer using a wheelbarrow because it's easier to move around and more surface area is exposed to dry out faster. Another reason to remove the soil to dry out is in certain locations with freezing temperatures, planters can crack if left outdoors. So by removing the soil, you are winterizing your planter at the same time.

Step 2 - remove any old stringy roots and branches from the soil as possible. Those are unlikely to decompose before the next time you need to use the potting soil. You can leave old leaves and other organic matter in the soil as that should decompose no problem.

Step 3 - the following spring it is time to pasteurize the soil. The easiest way to do this is to put the soil into a black trash bag and lay it out during a hot day to solarize it. Getting the soil temp to 180 degrees for at least 30 minutes should kill any old pathogens, insects and seeds and ensure the soil is now sterile.
-another option is to bake the soil in the oven. According to Laura Pottorff, Colorado State University Cooperative Extension Horticulturist and Plant Pathologist, you can pasteurize soil in the oven in batches at 180-200 degrees F for a half hour at a time. We do not do this method though, because this process can stink up your house pretty fast with an earthy odor.
-to be extra safe, you can expose the old potting soil to freezing temperatures, which can help kill any unwanted pests and diseases.

Step 4 - Time to add nutrients back into the soil. There are several things that can be done to help revitalize the soil. Mixing 50/50 old mix with new fresh mix is the easiest option. But that can still leave the soil deficient of nutrient content. You can also add more compost to the soil. We recommend 1 part compost to 5 parts soil, to ensure the soil will still drain well.

Step 5 - Fertilize once you plant new plants in the reused soil. This will ensure the plant gets enough nutrients throughout the year. A slow release fertilizer that lasts all growing season is the best option. Use according to directions, and be careful not to over-fertilize the new plants.

If you are growing plants in containers that come back each year, like an arborvitae, hydrangea or any other perennial plant, you can take some precautions to ensure the soil in those containers is good enough for those plants.

Drainage and nutrients are the two main considerations in this scenario. Be sure to add fertilizer each year. A slow release fertilizer that lasts all growing season is the best bet. But liquid fertilizers also work just fine. More than likely the plants will need extra nutrients in order to grow properly. Also, you will want to make sure to fluff the soil and agitate it enough so the dirt continues to drain. If the soil doesn’t drain well, it can get salt buildup on the surface, it can cause root rot of the plants, and it can cause fertilizer burn if the fertilizer doesn’t drain well enough.

Can you reuse soil to plant vegetables in a container?
Yes you can reuse soil for vegetable containers. But the same steps as above should be used to ensure the soil is ready to use.

Can I put used potting soil around mature trees?
Absolutely! This is a great way to reuse old soil. Just make sure to not put too much around the base of the tree, which can cause problems down the road.

Is it okay to use soil from a petunia plant to plant herbs?
Yes, this is a great way to rotate what you are growing in the soil.

Are coffee grounds good for plants?
Coffee grounds can be used to add nutrients to the soil, but only certain types of plants like high acidity, like azaleas. So be careful not to add too much.

Do you throw away old potting soil?
This will depend on your local ordinances. In general we recommend reusing the soil in a compost pile or in an established flower bed or garden. Some trash companies will accept some amounts of old dirt. This problem is most common for people living in apartment buildings, with no outdoor space to put the old soil.

Can you reuse soil with root rot?
We recommend sterilizing the soil before reusing the soil. This will ensure there were no diseases or fungus that were growing in the soil while the roots were rotting. Once the soil is sterilized, mix with new potting soil 50/50. And make sure the container you are using has drainage holes!

Is moldy potting mix OK to use?
No, we don’t recommend using potting mix that has mold growing in it. You should dry the soil out and sterilize the potting mix. Then it should be OK to use again. It is too risky to try and reuse it when that mold can hurt the plants if it spreads.

Can potting soil expire?
Yes, potting soil only lasts 2-3 years on average, even if it is unused. This is because the peat moss has decomposed in it within that time frame. The way to tell if it has expired is by looking at the expiration date on the bag. The other way to tell is if the dirt has a bad odor like rotten eggs. Mold can be another indicator, but that is harder to tell because the perlite in the soil can look like mold. If you still want to use the expired potting mix, that is fine. But you will need to add nutrients to the soil to ensure the soil will work best for the plants.

How do you store potting soil?
It is best to store the soil in a lidded container or in the original sealed bag away from direct sunlight and sources of high humidity or moisture.

If you grow edible plants and ornamental plants, you can separate the dirt into two different containers. This will help limit diseases from carrying over from year to year. In this method, you can rotate what you use the dirt for each year. So the dirt used to grow tomatoes will be used to grow annuals the next year. This also helps prevent the soil from being nutrient deficient in 1 key area, just like farmers rotating crops in the field. You can use anything to store the old potting soil, including metal bins, garbage cans or just heavy duty plastic bags.

What is a Self Watering Planter?

How to Keep Pests Out of Flower Pots

Can You Reuse Potting Soil?

Choosing The Right Planter For Your Plants