Dianthus are great as garden borders, in mass plantings, in rock garden retaining walls, and as a ground cover. But getting enough plants to cover that much space can be difficult to do. One way way is to propagate the plants. This can be done by several ways. The 3 most popular ways are dividing the mature plants, propagating from seed and propagating from cuttings. Depending on what type of plant you have (and how mature the plant is), will determine the best way for you to propagate the plants. But in general, perennial dianthus are best propagated from cuttings and annual dianthus are best propagated with seeds. 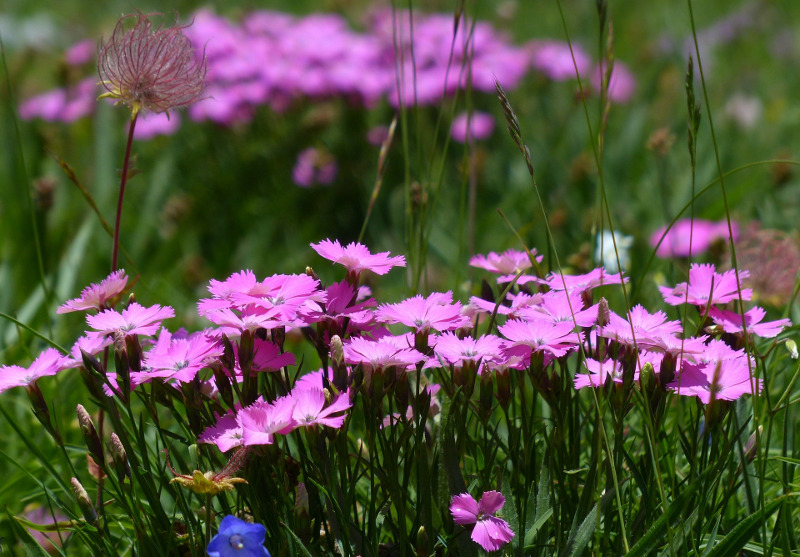 It is best to propagate from cuttings in early spring, however it can be done throughout the growing season. If you do take cuttings while the plant is flowering it will reduce the success rate. Be sure to remove any of the flowers from the cuttings to help increase your chances. Using sterilized shears or clippers, cut off the top 2 to 3 inches of a stem. The smaller the cutting, the higher your chances of success will be because a small clipping will more often produce roots before the top part of the plant gets stressed out.

Once you have your cutting, remove leaves from the bottom half of the stem gently. Next you will need the soil. We recommend a mix of 10% peat moss and 90% perlite, which will retain moisture very well. Poke holes in the soil and place the stems in the dirt. Firmly pack the stems into place so it doesn't fall over easily. no need for root hormone for propagating dianthus. 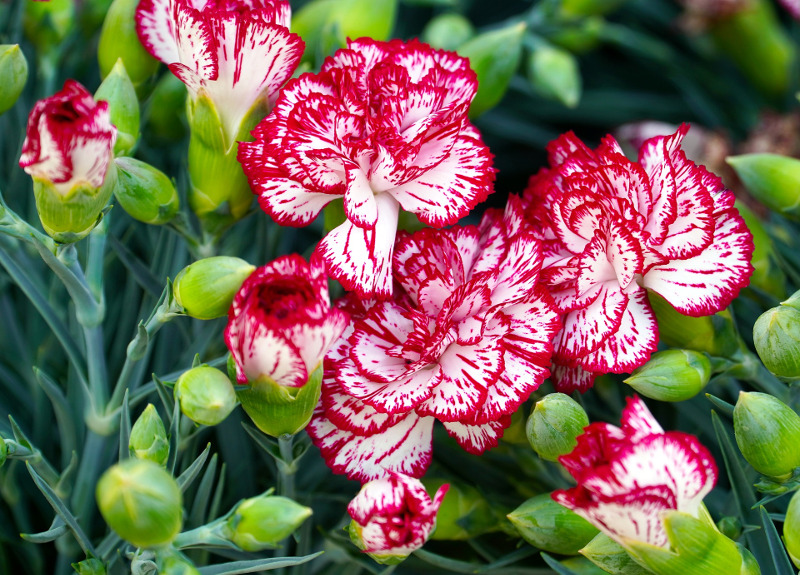 Water the soil generously so it is completely saturated. While you are waiting for the cuttings to grow roots, you should keep the plants out of direct sunlight and wind. The roots will generally start to appear in 6 weeks or so. Remember to keep the soil moist until you notice roots starting to grow. Do not let the soil dry out, but don't keep it all the way saturated either.

To propagate carnations by seed, the first thing you need to do is leave the flowers alone and don't deadhead or pinch them off. The spent flowers turn into seeds. Once the seeds are developed you can either collect them or just allow them to fall to the ground and spread naturally. If you choose to collect the seeds, you can start them indoors, but do not plant the new seedlings outside until the threat of frost has passed in the spring.

Once you collect the seeds, put them about 1/8 inch deep and space the seeds 12 to 18 inches apart. Water the seeds daily with a list spray of water to keep the soil moist but not soaked. The seeds will germinate in 7 to 14 days. 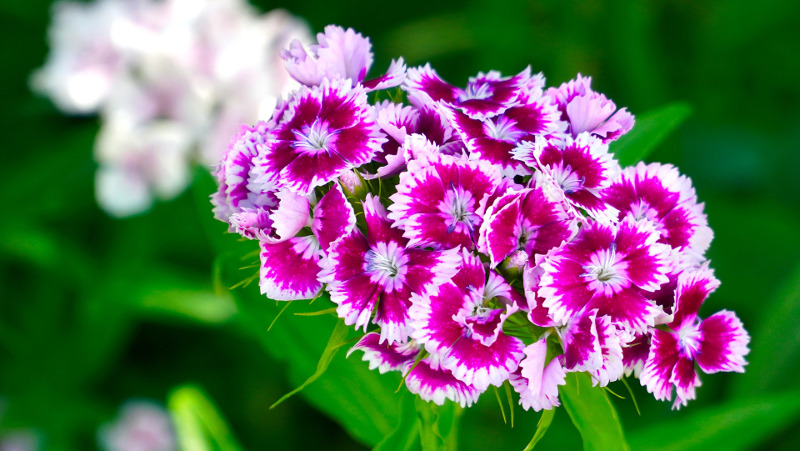 Mature dianthus plants can easily be divided. The best time to do this is early spring because the plant will be actively growing but not spending energy on producing flowers. If you wait until after the plants have bloomed for the first time, deadhead the plants so the energy isn't spent on producing flowers and can instead be put towards growing new root systems after transplanting. Avoid dividing the plants late in the growing season, because the plants won't have enough time to develop new roots before going dormant over winter. The morning is the best time to divide the plants because the roots will be more hydrated and less prone to damage.

Water the plant thoroughly a day or two before cutting the plant up. Prepare the new location ahead of time, so the plant doesn't stay out of the dirt for too long. Provide at least 12 square inches of space for the new plant to grow. Use clean tools to prevent the spread of bacteria. Dianthus do have a tough root system that can handle some abuse just fine. You should dig at least 6 inches underneath the plant and try to grab as much of the root ball as possible. Cut the plant into new evenly sized plants, and put the newly formed root balls in the already prepared holes. Water the new plants at least once per week for the first month to help the plants get established.

Dividing dianthus should be done every 3 to 5 years. This will help the plants stay healthy and continue to profusely bloom each year.