Free Shipping On All Orders Over $75 Today

Dianthus, also widely known as carnations, are a low maintenance plant with beautiful rewards. The plants require at least 6 hours of directly sunlight per day, and soil that drains well. Other than that, the plants only require to be watered once per week once established. The plants can tolerate being under watered once they are established and more mature. Younger and newer plants require more attention to ensure the plants survive and thrive.

How to Tell if Dianthus Needs Watered

Like most plants, dianthus leaves will start to droop or wilt if the plant is thirsty. In severe cases, the leaves will become dry and brittle to the touch. The best way to tell if the plant needs water is by putting your finger in the soil. If the first inch or two of the dirt is completely dry, then the plant could probably use some water. Another way to tell if the soil is dry is if you can see cracks in it. Or in planters, the sides will start to separate from the dirt, leaving large crevices between the planter wall and the dirt.

If the leaves are turning yellow, that is a common way to tell that the plant is getting too much water or the soil isn't draining well enough.

How Often To Water Dianthus

Carnations typically need to be watered about once per week. The plants can tolerate short periods of drought or dryness and are sometimes considered drought tolerant. As long as the soil is well drained, the plants can tolerate heat, heavy rainfall, humidity, or dryness. New plants will require more water to help get established. And during the peak of the summer, twice a week watering may be necessary depending on where you live and the type of dianthus you are growing.

If you grow dianthus in a planter, it will need more water. Plan on watering twice a week. If you forget once or twice the plants should survive no problem. But containers tend to dry out faster than the ground. Also be sure that the planter drains well, and more than likely will require drainage holes for the plant to thrive. 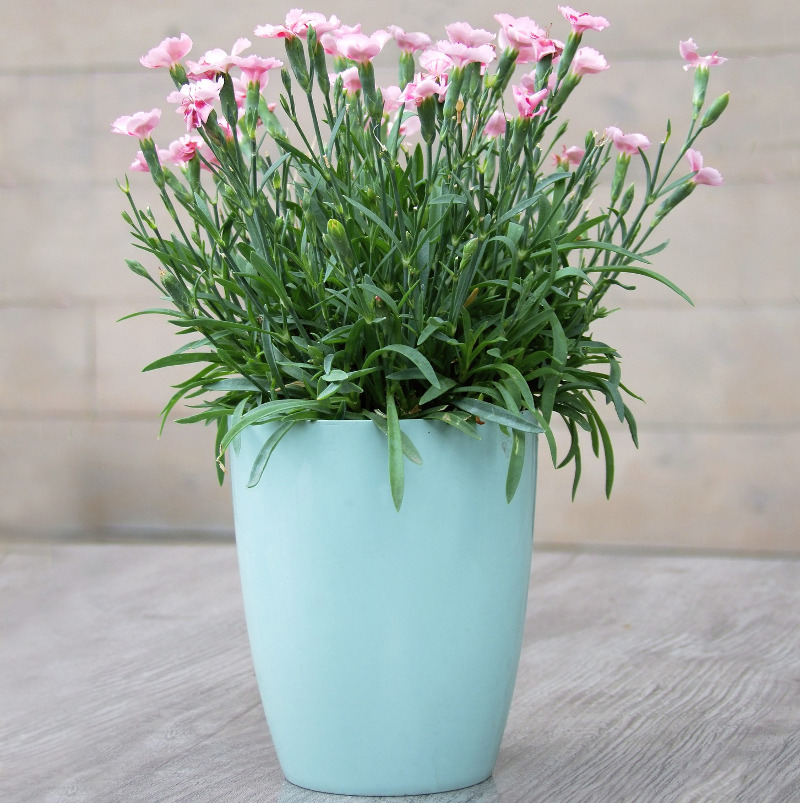 The best time to water carnations is in the morning or evening. This prevents the water from evaporating before the ground and plant have a chance to soak it up. It also helps prevent the spread of diseases. However, if the plant is very thirsty and the leaves are drooping or crispy, do not wait. Water immediately. In the summer, you may need water more often than once per week. Especially if there isn't much rainwater. In the winter, the plants require less moisture, so once every other week or once per month should be plenty, depending on where you live.

How to Water Dianthus

Step 1 - Ensure the soil has dried out so you don't overwater the plant.

Step 2 - Apply water to the base of the plant while keeping the leaves as dry as possible. This will help prevent the spread of any fungal diseases on the plant.

Step 3 - Use at least 1 inch of water around the plant and water thoroughly. it is best to water all the way through once per week, then applying a smaller amount of water more often.

Step 4 - On average watering once per week should suffice. If growing in a container, the plant will need to be watered more often. 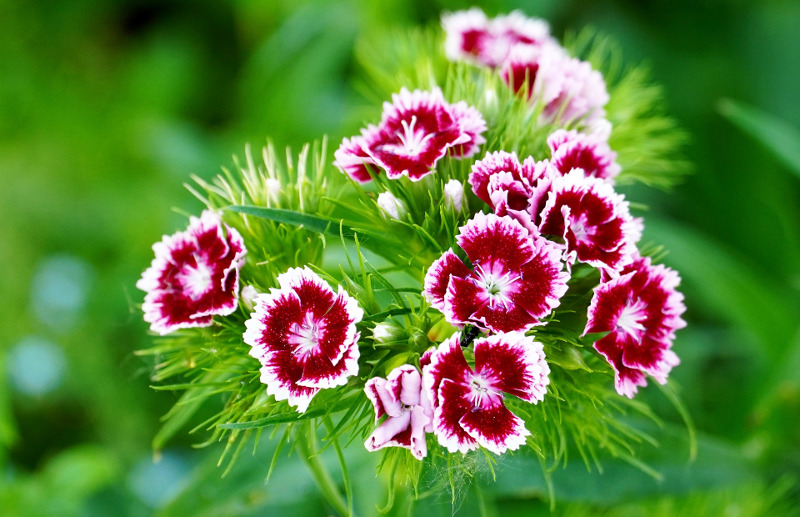