False Indigo requires little from the home gardener in the way of maintenance. Pruning is typically done in the fall after the plant has finished flowering. Some gardeners prefer to prune large clumps of Indigo to half their size just after flowering to maintain a tidy appearance in the garden, while others may choose to let the plant go to seed and produce its unusual black seed pods.

If pruned in the fall, the plant should be cut back to within six inches of soil level. Avoid coming into contact with the crown of the plant to prevent any damage to it, which may result in loss or reduction of next year's growth. 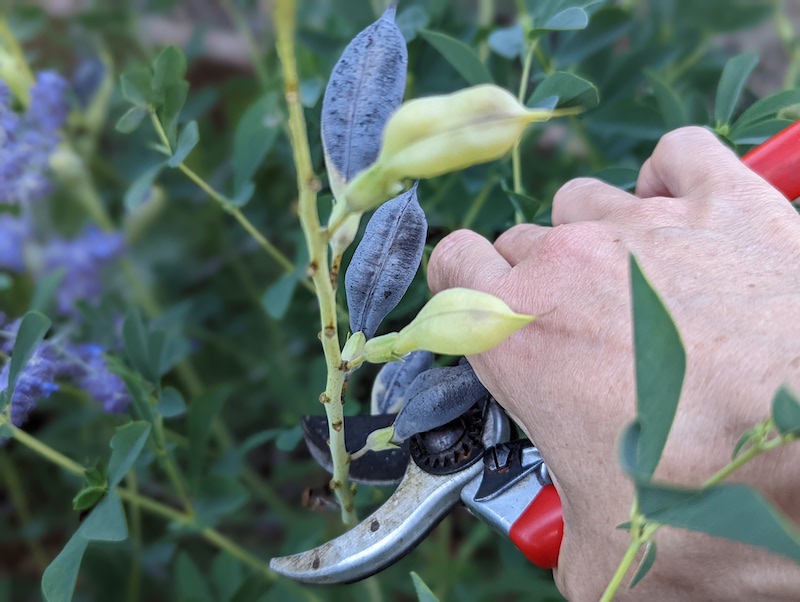 When to Prune False Indigo

False Indigo may be lightly pruned in early spring to remove any dead or winter-damaged foliage. Be careful not to cut emerging growth, as this may damage the stalks where the new flowers will grow. Remove stalks at the base of the plant to shape the perennial or to keep growth in check if desired.

Cease all pruning of the plant by late spring and only remove past seed pods after the plant has flowered. Some gardeners choose to leave the seed pods on the plant for late fall and early winter interest. The plant may be cut down to just a few inches above the ground in late fall or early winter and if overgrown, divided and replanted.

False Indigo blooms at the end of individual stalks arising from the crown of the plant. Each stalk will bear its own set of blossoms separate from the other stalks. The stalks are singular and do not branch out. Therefore, if minimizing the size of the plant is desired, the stalks should be removed at the base of the plant in early to late spring. This will reduce the overall size of the plant and not hinder any developing flowers on the remaining stalks.

Some gardeners prefer to leave the seed pods that develop on the ends of the stalks for winter interest or they may also be removed just after the plant has flowered. The pods, if left on the plant, will persist into early winter. If no seed pods are desired, the stalks may be cut to just a few inches above the ground in late fall or early winter. 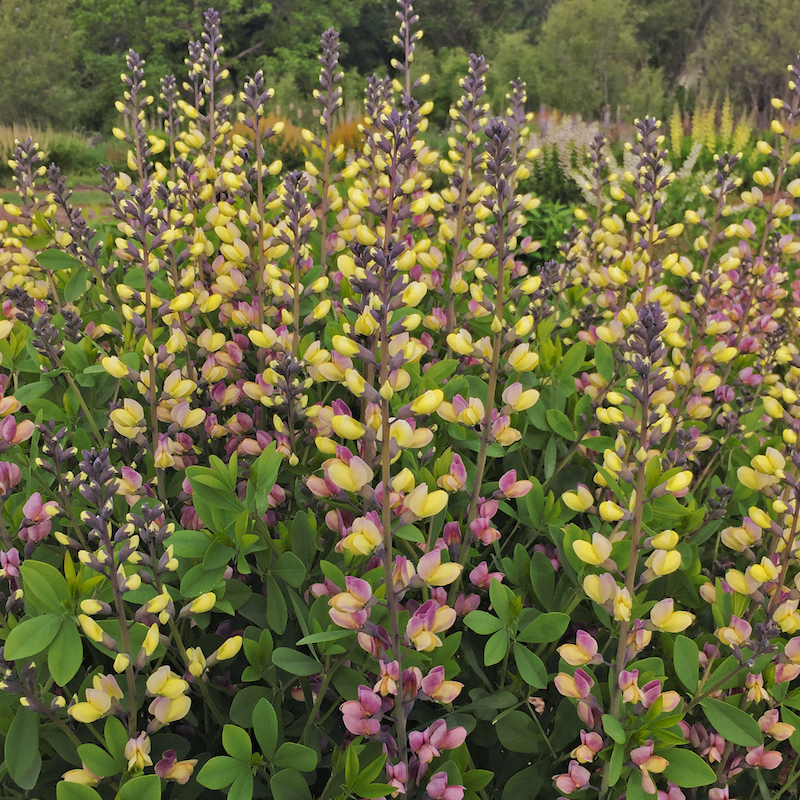 Pruning False Indigo to encourage branching and the production of more flowers is not recommended as this is not typical of the growth habit of this plant. The stalks, bearing their only set of flower buds at the end, will not branch out if the stalk is cut. This will only result in the removal of the flower buds from that stalk for the season, and any future growth from the cut stalk would be minimal. Once the plant has flowered, the spent flowers may be removed if production of the showy seed pods is not desired.

How to Prune False Indigo

Step 1 - Remove undesired individual stalks at the base of the plant, keeping a large enough clump intact for future flowering.

Step 2 - Remove any dead foliage or winter damage in early spring, being careful not to cut emerging growth.

Step 3 - Prune any unwanted foliage on developing stalks to increase air circulation around the plant.