From the Southeast all the way to the Pacific Coast... azaleas will blaze the countryside in spring and early summer with their gorgeous hues of red, pink, orange, yellow, white and purple. But don’t let their visual allure fool you. Just as a beautiful rosebush has thorns, every type of the delicate azalea can be poisonous or at the very least cause some health distress.

Humans can be vocal about how they feel and seek medical attention quickly. But our furry friends and family members depend on us to be aware and protect them. Chances are people are not going to dine on an azalea bloom or leaf... but they may seem much more appealing to our pets. Even small children may see the enticing colors as flavors and try a taste. So, let’s break things down into what we should do and when we should do it, depending on who decides to take the plunge and taste an azalea.

If you suspect that someone has ingested part of an azalea, call poison control immediately.  Medical attention may be needed. The American Association of Poison Control Number is (800) 222-1222 and is available 24 hours every day. 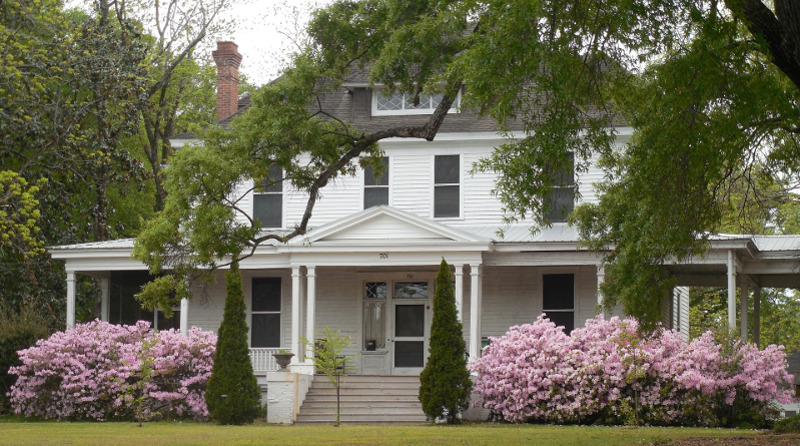 Which Types of Azaleas Are Poisonous?

These beauties can grow just about everywhere as long as there are no severe weather extremes. There are over 1,000 species of azaleas that grow all over the United States. The smaller, more delicate plants are referred to as azaleas while the larger shrub plants are called rhododendrons. There are even evergreen azaleas. The evergreen version keeps their leaves all year round, while other varieties lose their foliage in the Fall. With the wide variety, different characteristics and the possibility to be sprinkled from one side of the country to the other, it is wise to be aware of their proximity to animals and even children. All types and all parts of azalea bushes are considered poisonous. They contain toxins called grayanotoxins. Ingesting these toxins can include symptoms which may vary between humans and animals.

Are Azaleas Poisonous to Humans?

Adults and children who consume part of the plant will likely first complain of a burning sensation in the mouth, followed by excess saliva. Grayanotoxins can also be present in honey made from rhododendron and azalea nectar. Affected honey is known as “mad honey” and causes “mad honey disease” in humans with symptoms ranging from low blood pressure, low heart rate, blurred vision, vomiting, irregular heart rhythms, convulsions, mild paralysis, tingling, hallucinations and seizures.

Some of the plant's toxins are broken down and become harmless in the digestive tracts of humans, so it's rare for people to die from azalea consumption. However, the danger is much greater in small children. Serious complications, including cardiac arrhythmia, have been known to occur. Diagnosis may include looking for traces of the plant in the gastrointestinal tract.

Are Azaleas Poisonous to Dogs and Cats?

Azaleas are toxic to dogs and cats, although they are less likely to consume them than livestock. Visible signs that an animal has ingested some part of an azalea plant includes excessive drooling, vomiting, diarrhea, weakness, difficulty walking, appearing lethargic, tremors or seizures, loss of appetite and coma. Other signs that might not be noticed right away include blindness, abnormal heartbeat, abdominal pain and depression.
Veterinarians will flush your pet with activated charcoal or saline to try to remove as much poison as possible from the gastrointestinal tract. The veterinarian will also likely administer intravenous fluids to prevent dehydration and low blood pressure.

Are Azaleas Poisonous to Horses and Livestock?

Azaleas are extremely toxic to horses. All parts are toxic, but the leaves and the nectar contain a toxin that is more detrimental. These can obstruct the rhythm of the heart causing an arrhythmia or cardiac arrest.

Activated charcoal will be given to absorb toxins and prevent more from entering the system. An IV will be administered to provide fluids and any needed medications, such as anti-arrhythmic drugs to help with or ward off cardiac episodes.

Livestock are more likely to munch on azaleas if there are no other options nearby, so keep plenty of healthy food and water available, especially in the winter when safe foliage is sparse. One to two pounds of the green leaves of an azalea plant can be fatal to a horse. Horses, cows & other livestock will naturally avoid them unless they are hungry and there are no other choices.

Many horses will struggle to recover from azalea poisoning and those that do may suffer from long term heart damage, limiting their activities, so prevention is imperative.

The effects of azalea poisoning are usually noticeable within a few hours of ingestion. The severity depends greatly on how much of the plant has been consumed and how quickly treatment is administered. With treatment, many animals as well as humans that suffer this poisoning fully recover. Without treatment, a pet could easily die, so seek a veterinarian’s help immediately. Let them know that you suspect azalea poisoning and if possible, take a sample of the leaf or bloom with you. With humans, generally only the milder symptoms occur and a full recovery is expected. However, knowledge, awareness and caution are by far the best policy!

Although these plants can be bad news for humans and animals. It is pretty rare that this happens. And there is one benefit to growing azaleas besides their beautiful flowers. The plants are very good for pollinators including butterflies, bees and other insects! 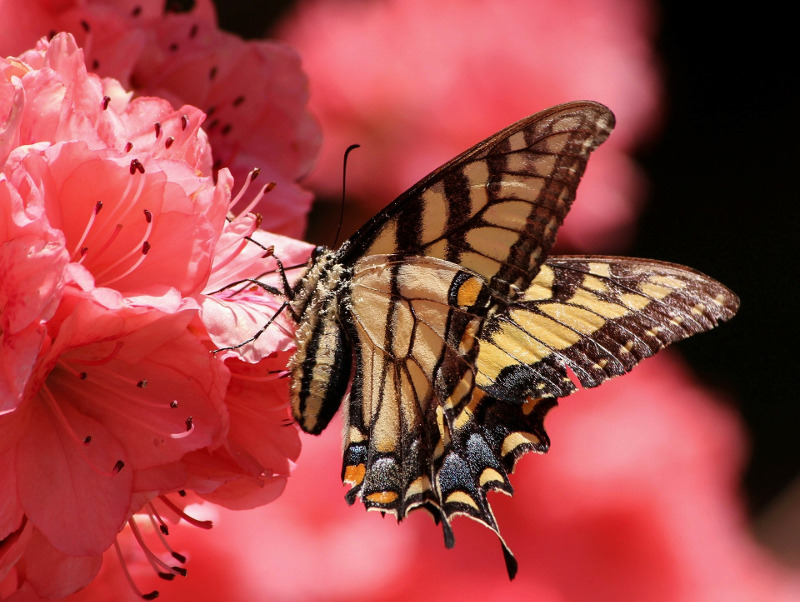