Early spring is one of our very favorite times to garden, for each tiny bit of green seems like a major victory. Nondescript plants become the stars of the show when they are the only green around and vegetables we might throw to the compost heap in late fall are the delicacies that see us through the last bitter days of late winter. While asparagus reigns king over the early spring garden, there is another plant we look forward to seeing each February or March. That is rhubarb! 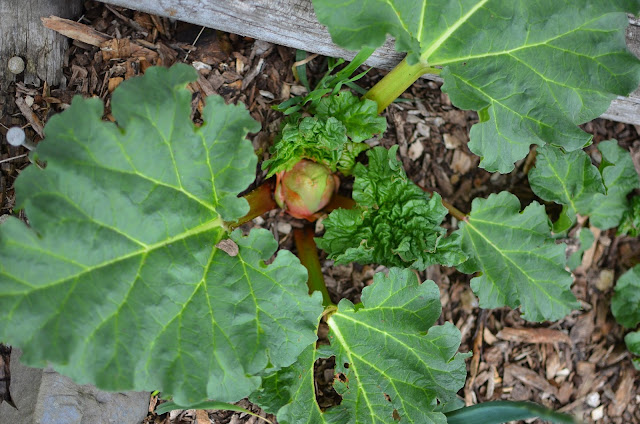 Rhubarb is not all that impressive until you look around and notice that everything else in the garden is still looking ragged, haggard and mean.

Rhubarb is throwing out her tough and bombacious greens and sticking her thumb up at the world. No really. Hop back up there to that first photo and you will see it. That little lump in the middle of the plant. That is the beginnings of a fabulous pie!

That "thumb" will morph into long stems with ruffled leaves on the ends. You want to eat the stems and skip the leaves. Those broad, light-gathering leaves will make you sick if you eat them. Stick to those lovely stalks mixed with some strawberries. 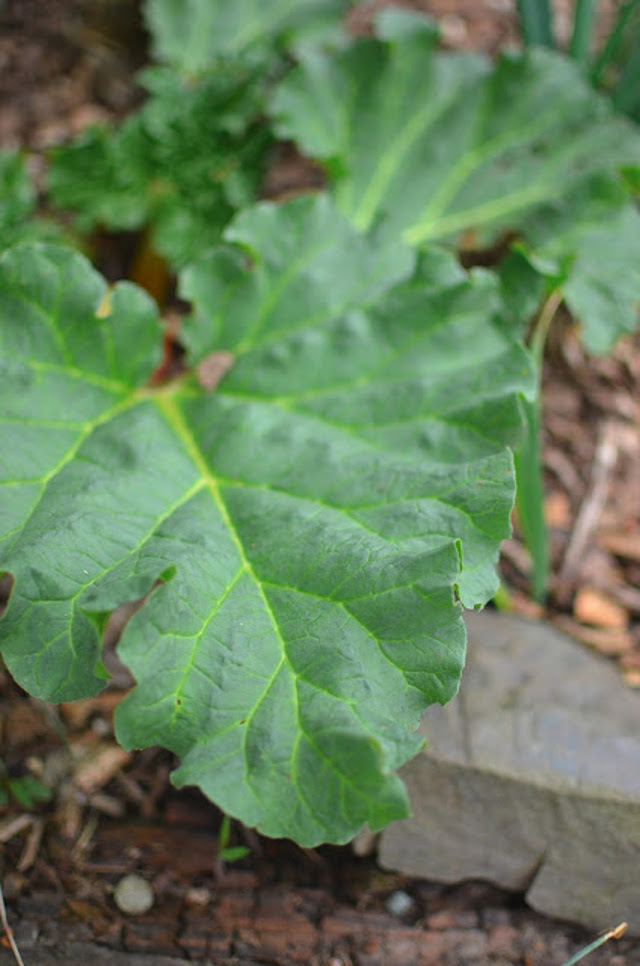 The stalks start off small, like any good thing, and they taste best when they are about the size of a large pencil. As they get thicker, the taste gets muddled. Snap off the stalks, but leave the roots and you will have rhubarb for years to come!

Note: Rhubarb can be split at the root to make more plants, so all in all, a very inexpensive plant to grow!

Why Is Rhubarb Green?

You would think all rhubarb is red, right?

Not quite. Rhubarb grown that is homegrown is often called "garden rhubarb". Rhubarb bought in the store is grown in a greenhouse or "hothouse", which helps those turn red. Rhubarb grown at home typically will have green stems. 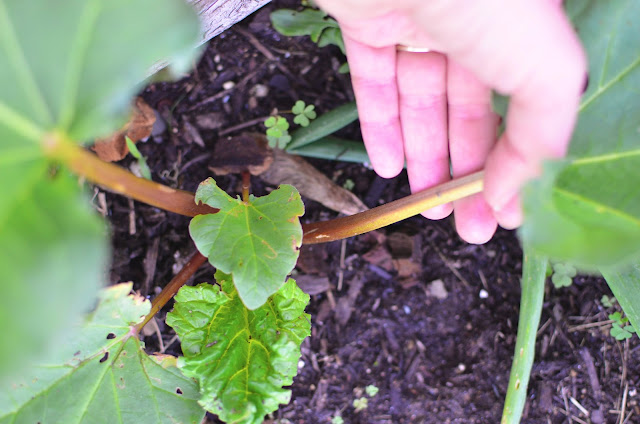 Also there are various varieties of rhubarb. Some grow with bright red stalks, some are speckled green and red, while others are plain old green. Commonly the stalks are just green and they taste delicious! Tart enough to cut the sweetness of strawberries and sugar and cake mix!