Lilacs are native to Europe and the more temperate parts of Asia, in the family Syringa. Most garden lilacs are varieties of Syringa vulgaris. Hardiness is usually USDA zones 3-8, although there are a couple of outliers in 2 and 9. The majority prefer some winter chilling and dislike intense heat and humidity. These old-fashioned favorites are low-maintenance, long-lived and offer transporting fragrance on an upright, deciduous, multi-stemmed shrub. Typically S. vulgaris are up to ten feet tall, and once-blooming in April/May, but there are newer varieties and hybrids that are dwarf and/or rebloom. Japanese Tree Lilacs, S. reticulata, can grow up to 30 feet tall. 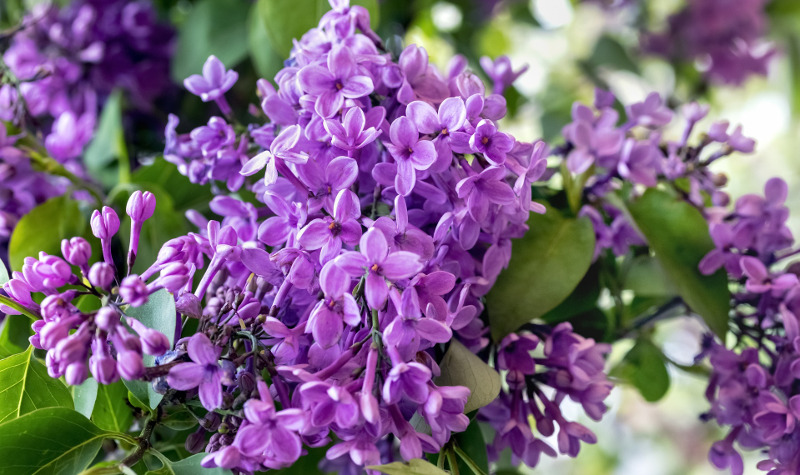 Fall and early spring are ideal planting times. Choose a well-drained spot with at least six hours of sun daily, spaced well to allow air circulation. Avoid planting in lawns as they can be too wet, and the fertilizer is not compatible. The hole should be the plant’s current depth, but twice as wide. Mulch a two-three foot circle around the lilac without burying the stem to discourage borers or burying a graft, if there is one.

Water the soil rather than the leaves to keep powdery mildew at bay.  Irrigation or careful hand watering the soil will be better than sprinklers. Water deeply to foster strong root growth – at least once weekly, more during dry or very hot weather. An inch per week is a good start. Thirst shows up as distorted or wilted leaves. 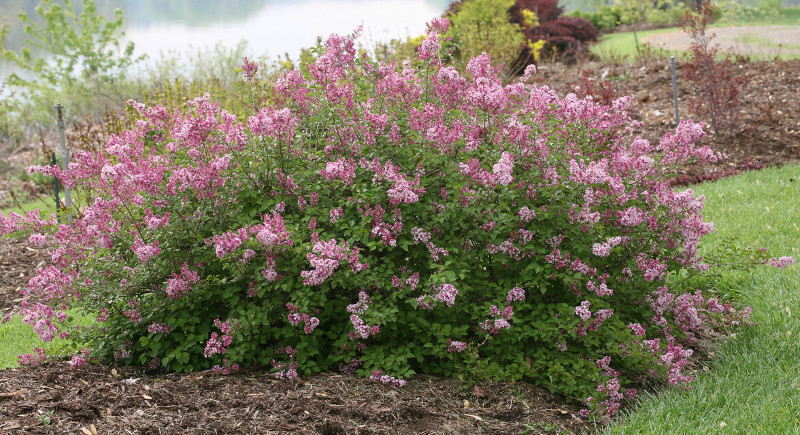 Lilacs prefer rich soil, so annual applications of compost are welcome. However, they do not like too much fertilizer, especially nitrogen-rich ones which boosts leaf growth at the expense of flowers. Look for a balanced fertilizer of perhaps 10-10-10 and apply sparingly in late winter.

The best time to prune is immediately after flowering. Buds for next year set very quickly, so pruning anytime later will sacrifice a season of bloom. Deadhead all spent blooms. Remove the oldest stems to the ground (but not more than 1/3 of the shrub), as well as any weak, crossing, or crowded stems. Crowding can encourage powdery mildew. Any suckers from grafted lilacs should be removed. To rejuvenate an older lilac, you can go as far as pruning a lilac down to eight inches, but you may see reduced flowering for a year or two. 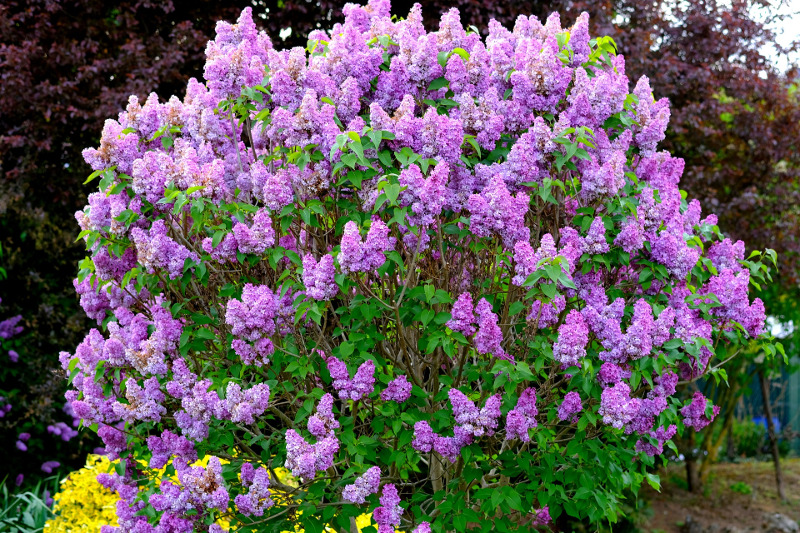 Caring For Lilacs in Pots

Choose a dwarf variety like S. pubescens ‘Miss Kim,’ and plant in well-draining potting soil with generous width in the pot for root growth. Mulch to conserve moisture, but keep away from the stem. Avoid fertilizer until the plant’s second winter. Water deeply, at least three times a week while getting established, more during hot or dry weather.

Lilacs are very winter hardy as a rule, so no special protection is needed. In fall clean up any old, especially diseased foliage and top-dressing with compost. A light amount of balanced 10-10-10 fertilizer in late winter will promote strong growth. Do not prune in winter, because since they mainly bloom on old wood, you’ll be pruning off the year’s blooms. The best time to prune is right after bloom in spring before new buds are set. 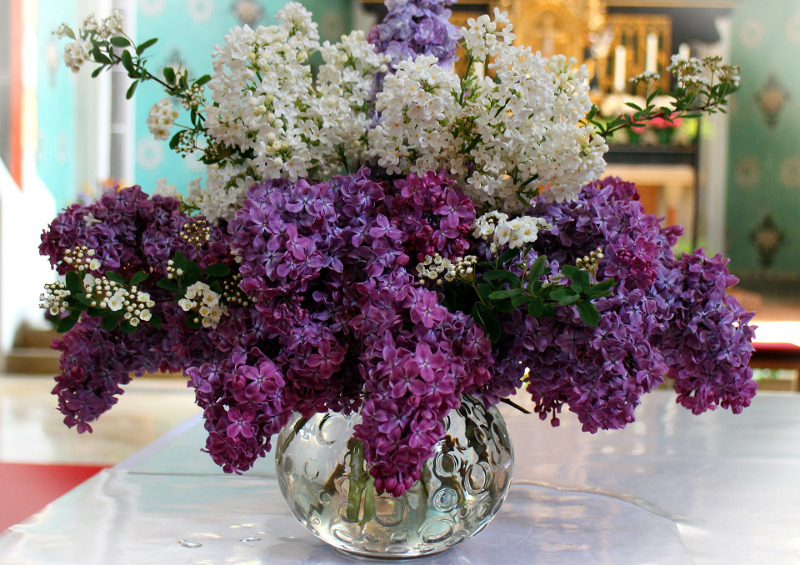 Can You “Force” Lilacs?

Lilac branches can be forced a few weeks early, indoors, but mocking typical spring weather conditions indoors. Emulating spring moisture and temperature fluctuations can trick them into breaking out of their natural winter dormancy.

Some lilac varieties do send runners from their roots, thus making propagation very easy! Their roots are generally very shallow and they can increase the size of your shrub up to one and half times.

How Big Do Lilac Bushes Get?

Lilacs vary in size greatly, depending on the variety. There are some dwarf bushes that may only reach 4 to 5 feet high and as little as 3 to 7 feet wide and larger lilacs that may get up to 15 feet tall by 12 feet wide.

What Is The Growth Rate For Lilac?

Most lilacs have a relatively moderate growth rate, gaining 1 to 2 feet yearly.

When Do Lilacs Bloom?

The old varieties of lilacs bloom for a couple of weeks in mid- to late- spring but there are now many varieties that bloom both earlier, and later, in the season. When they're planted together, you can have lilac blooms for many weeks!

Why Aren't My Lilacs Blooming?

Have a question about Lilac? Fill out the form below and we will try and get back to your question as soon as possible. We may even feature your question on this article to help other gardeners!

Why Aren't My Lilacs Blooming