Yew (taxus) are a species of evergreen tree in the family Taxaceae. Also known as common yew, English Yew, or European Yew, it is primarily grown as an ornamental tree. Typically colored blue/green or chartreuse/gold, the yew looks great in a container or as a ground cover or privacy screen. Known for its spring berries and winter interest, this fragrant bush attracts birds and is drought resistant. Yews can tolerate most sunlight conditions. This plant can grow anywhere from 4 ft up to 60 ft tall with a width of 4 to 20 ft. Yews can be toxic to humans and animals. 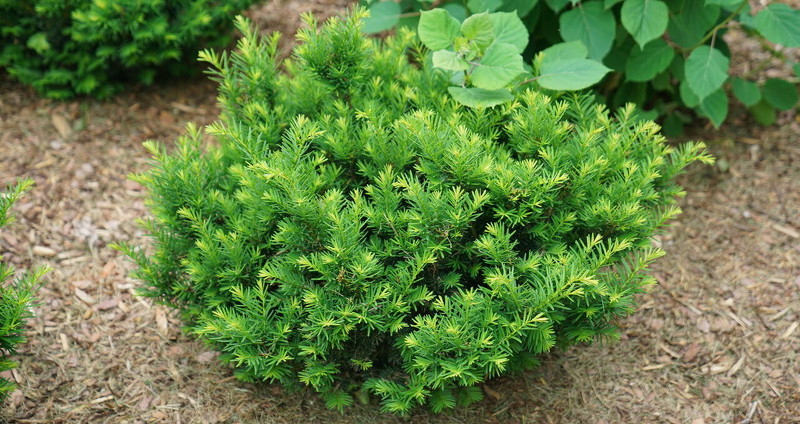 Yews grow best in slightly acidic, neutral or slightly alkaline with a pH level between 5.5 and 7.5. Dig a planting hole that is two to three times the width of the yew root ball and as deep as the original container. Loosen the roots and place the yew in the planting hole so the top of the root ball rests even with the surrounding soil. Fill the hole with soil and pat down gently. Water thoroughly so the roots are very moist. Weekly deep watering is best until the plant is established.

Yews prefer well-drained soil. Typically drought tolerant, newly planted Yew bushes will require extra watering to establish the roots. Careful of constantly soggy or wet soils as it can harm Yew plants. Overwatering them can cause fungus or disease. Yews require minimal watering. During drought conditions, weekly watering is recommended. Adding a layer of mulch around the base of the plant can help to retain moisture in the soil.

A Yew is an evergreen plant. Like most evergreens, yews are not very heavy feeders when planted in rich soil. They will benefit from fertilizing, particularly during their establishment years. Younger Yew plants (under 15 years) can be fed each spring. More mature trees can benefit from feeding every other year. Apply a 20-15-15 granular or liquid commercial fertilizer formula around the drip line of the yew without applying the fertilizer immediately around the main trunk.

Yews love to be pruned and can be shaped to your liking. The best time to prune this plant is at the end of summer or early spring. Yews can grow quite large, in excess of 25 feet at maturity, and are often considered to be small trees. A good pruning at the end of August helps to keep growth under control. If left without annual pruning, your Yew plant can easily grow too tall for your landscaping needs. 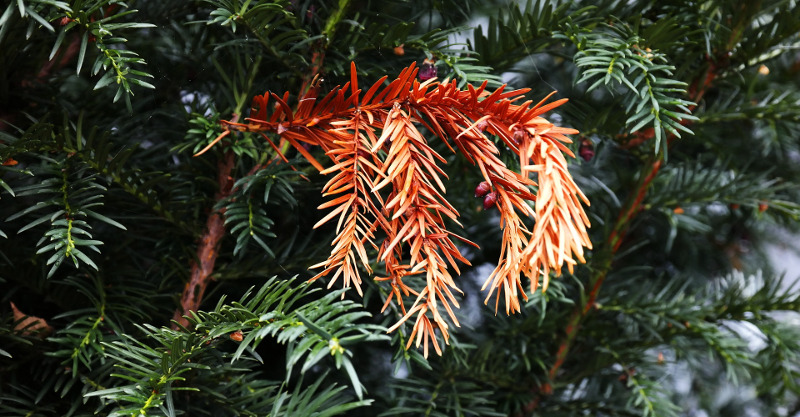 Caring For Yew Bushes in Pots

Evergreens grow great in containers and are cold hardy in most environments. More sensitive to temperature fluctuations than if it were planted in the ground, Yews can easily die from drastic temperature changes. Once the weather turns colder,  it is best to keep your Yew shrub in partial shade where it won’t be warmed by the sun only to be shocked by plunging night temperatures. Whether it is hot or cold outside, continuous watering is recommended. Be sure that the pot has drainage holes, as Yews do not like wet roots. Yews grow slowly in containers, so it’s a good option if you want the plant to last for a few years. After a few years the shrub will need to be  permanently transplanted into the ground.

Despite being winter hardy and drought tolerant, Yew trees and shrubs can be harmed by winter weather. Winter injury can occur after extreme temperature fluctuations rather than just prolonged cold weather. It is also caused by bright sunshine and inadequate water reserves in the yew’s root system. To help prevent winter burn, soak the top 2 feet of soil before it freezes in fall. This allows the plant to store up needed moisture for the winter months. In addition, mulch around the base of the plant to help retain much needed  moisture in the soil. 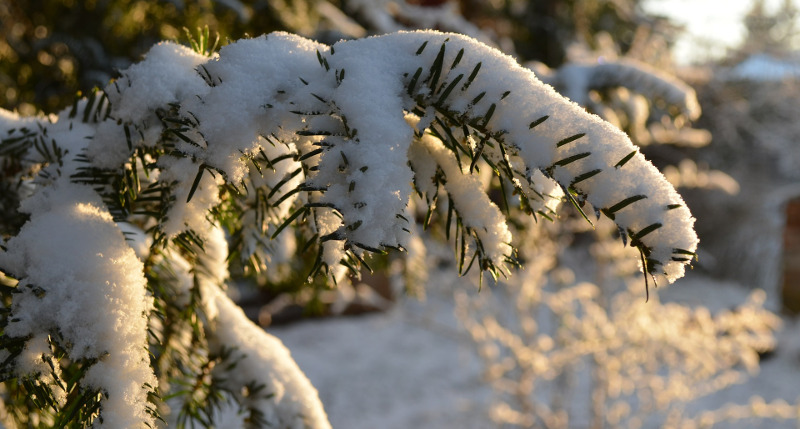 Do Yews Turn Brown In The Winter?

Yew should not turn brown in the winter. When they do, it is often indicative of too much sunlight and not enough water. It can, however, also be caused by quickly changing winter temperatures.

What Is The Growth Rate For Yews?

Yews have a fairly slow growth rate and most often gain less than 1 foot per year.

Yews are generally considered to be drought-tolerant, watering during very dry periods is necessary to avoid problems. Providing a well-drained home is best because they also do not like to be wet.

Have a question about Yew Shrubs? Fill out the form below and we will try and get back to your question as soon as possible. We may even feature your question on this article to help other gardeners!