Lupine is an herbaceous perennial that multiplies both by underground rhizomes and prolifically setting seeds for the next season. Lupine is a native plant in many temperate regions, including Europe and North America. While there are several varieties of native Lupine, Lupinus polyphyllus, aka Large Leaf Lupine, is the variety from which ornamental hybrid cultivars are bred. Ornamental Lupines are available in every color and are valuable as an attractor of beneficial pollinators and a food source for wildlife. Finding the right site for Lupine will help this plant to be as low maintenance as possible. 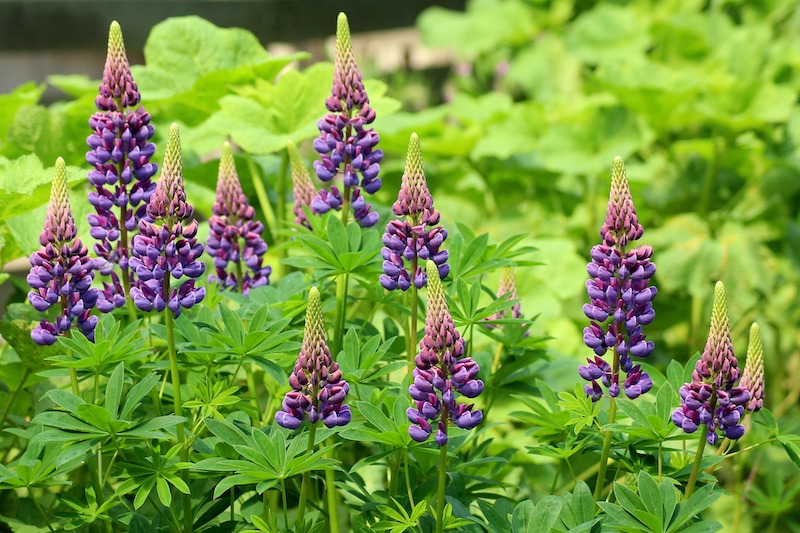 What You Need To Plant Lupine

Where to Plant Lupine

Lupine requires a full- to part-sun location. Planting Lupines in too much shade will reduce the bloom and weaken the plant overall. Stressed Lupines are prime targets for invasions of sap-sucking white, green, and black aphids. Lupines have very strong taproots that need soil where they can grow deep. Soils that have a large amount of clay or are compacted will need to be broken up and improved by mixing in compost. Mulching with compost will also improve the soil's texture while helping it retain moisture and slowly release nutrients. 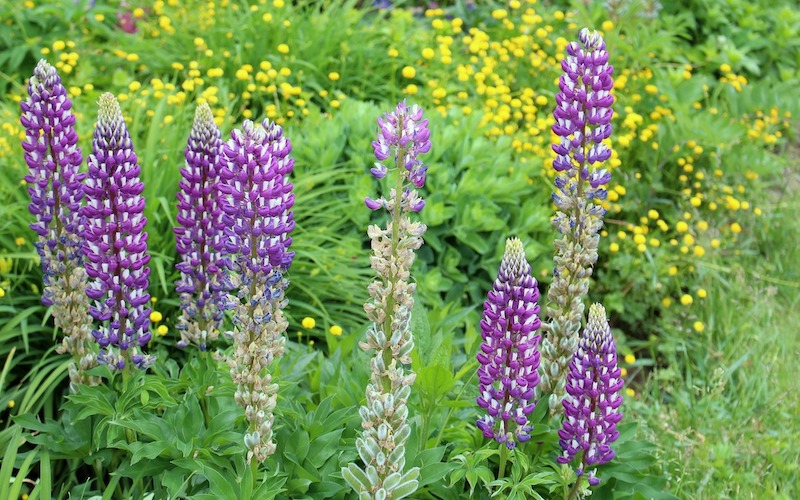 Lupines look great when planted in groups of three or more and can be used to naturalize large parts of the garden. Many Lupine varieties self-seed readily, which is easy to control by either deadheading spent blooms before the seed ripens or pulling the self-seeded starts from where they are not wanted in the spring.

Planting multiple plants together, spaced approximately 18-24 inches apart on center, will allow air to circulate around the dense foliage that Lupines produce. The tall flower spikes may need extra support in areas with heavy spring and summer rains. Growing the whole plant in a support hoop is an alternative to staking each flower stem individually. 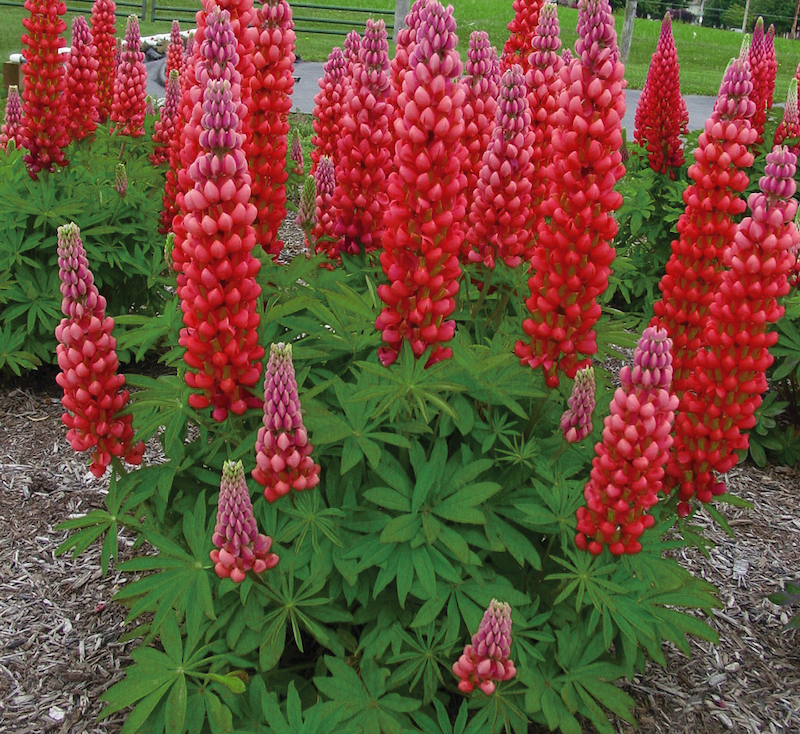 Step 1 - Dig a hole twice as wide and deep as the nursery pot in which the Lupine was grown. If the soil is mostly clay or compacted, dig a hole three times as wide and twice as deep as the pot. Mix compost in the excavated soil to lighten it and loosen the texture.

Step 2 - Take the plant out of the pot and gently loosen the roots.

Step 3 - Place the root ball in the soil so the growth crown is level with the ground; gently firm the excavated soil around the root ball. Eliminate all large air pockets.

Step 4 - Water the plant well, focusing on the area around the root ball.

Step 5 - Let the water soak in thoroughly, and then mulch around the base of the plant with 2-3 inches of organic material such as shredded leaves or organic compost.

Step 6 - Prune away any branches or foliage damaged during transplanting.

When to Plant Lupine

Lupine is best planted in the early spring as new growth is emerging. The plants are growing robustly and will establish new roots quickly. Planting in the morning, preferably on an overcast day, will reduce the amount of transplant shock. Always keep newly planted Lupines well watered until new growth appears. Afterward, watering can be reduced to 2 long sessions a week.

Fall is another good time to plant Lupines. The root systems slow down as the plants begin dormancy and need less watering and nutrients. Fall-planted perennials will typically bloom in the spring. Seeds of Lupine need a period of cold stratification to germinate well. Seeds can be sown directly in the garden or germinated in pots six weeks before the first frost. The plant starts can then be planted early in the spring and will produce flowers from the first year. Starting Lupines early in the spring from seed will result in flowers much later in the summer for the first year.

Lupines are not easy to divide because they have a long taproot that does not like to be disturbed. Early in the spring or late in the summer is the time to separate a large clump. Dig up the plant, keeping as many roots intact as possible. The tap roots grow large and can be difficult to remove intact.

If the taproot is damaged, the plant will suffer a fair amount of transplant shock but will replace the root eventually. Slice off a small piece of the roots with a knife. The top growth needs to be cut back if you are transplanting in the fall. This will help the plant direct energy into the development of new roots.

Lupine can also be grown from basal root cuttings taken early in the spring. The new shoots look like individual plants as they emerge. Cut these plantlets off as close to the root base as possible while retaining many roots on the new plant. Pot the cutting in seed-growing mix or all-purpose potting soil with added perlite for drainage and air circulation. Keep the pots well watered and in a sheltered location until new growth appears. Plant the cuttings out in the late summer.