Pruning of herbaceous perennials typically involves a fall or late winter cleanup of all the foliage and stems. Herbaceous perennials in most hardiness zones will die completely back to the ground as they go dormant for the winter. The dead top growth can be left in place to act as insulation of the plant crown, or it can be completely removed. The plant should then be mulched with a 3-4 inch layer of leaves, finely shredded bark, or organic compost.

Deadheading catmint during the blooming period will encourage a second flush of blooms late in the summer or early fall. Cutting back branches that have overgrown their space is also recommended during the summer. Catmint tends to get top heavy while it blooms and will sometimes flop onto pathways or driveways or completely cover smaller plants. Do not be afraid to cut branches back as needed to keep the plant compact. Pruning perennials is much more forgiving than pruning shrubs or trees. Any badly pruned branches will just die back and regrow the next season. 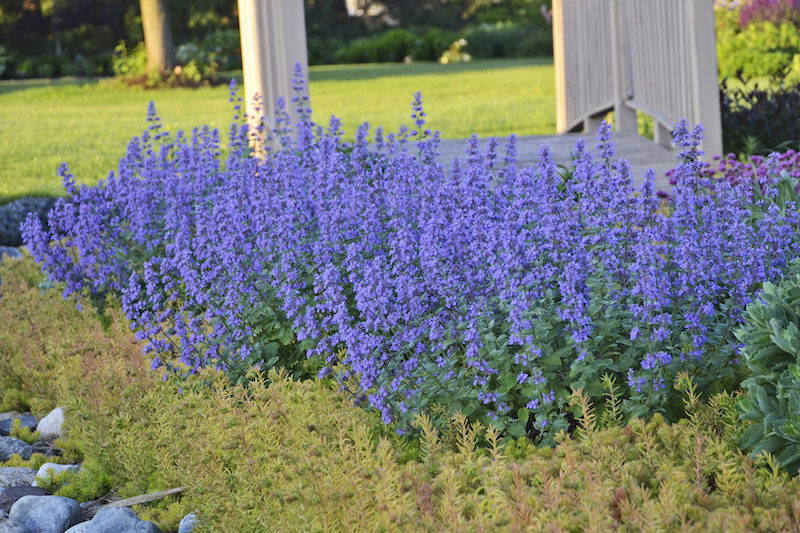 When to Prune Catmint

Catmint can be pruned back 2 times a year. Once in the late fall or early spring, cut all of the dead foliage and stems to within 4-6 inches of the ground. This is the cleanup pruning that will prepare Catmint for vigorous regrowth the next growing season. The second pruning happens at the end of the first blooming cycle in early summer. Shearing the plant back to half its size will trigger more flower stems to be produced for another flush of blooms late in the summer. This second pruning is called a ‘Chelsea Chop’, named after the famous British garden show at Chelsea in London. This mid-season pruning also works to keep Catmint compact and less likely to need staking.

Pruning to clean up Catmint will help the new growth in spring to be vigorous and keep diseases from spreading. Mildews and fungal diseases are the most common problems for Catmint. These diseases can over-winter on the dead foliage left either on the plant or on the soil. If infected material is not removed, the disease can attack the new growth during the warmer months. Seasonal sanitation around plants goes a long way to keep diseases and pests out of your garden. 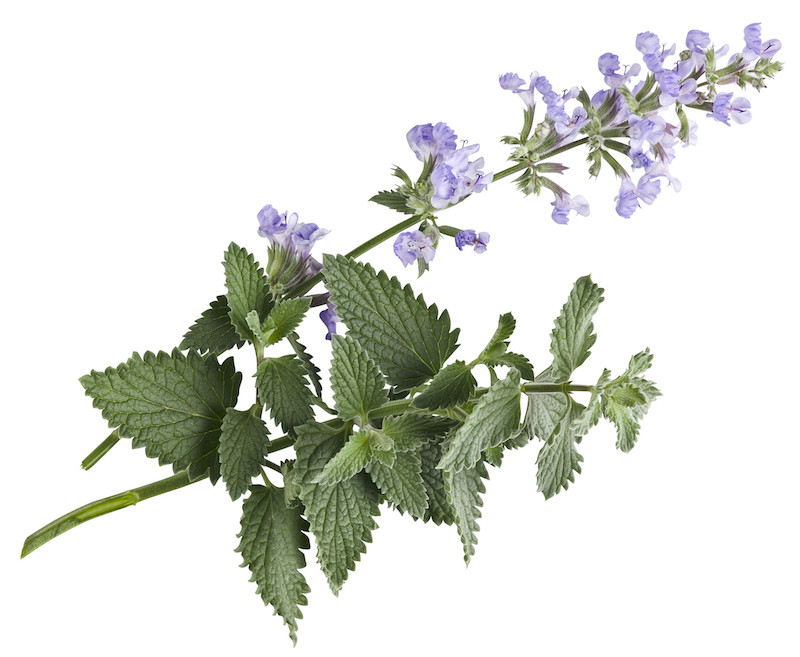 Pruning can be done to keep Catmint from overgrowing its boundaries or to keep the flowering stems from flopping. Deadheading individual flower spikes will help to keep Catmint looking tidy and healthy. Cutting back main stems will encourage side shoots to form and eventually produce more flowers. Air circulation also needs to be excellent around Catmint. In humid climates, an overgrowth of stems will block air circulation to the center of the plant and allow fungal disease to take hold.

How to Prune Catmint

Shear Catmint back to half its overall height. This will encourage branching on the main stems, development of flowers, and a compact and mostly upright shape.

In hardiness zones that have heavy snow, cutting Catmint to within 4-6 inches of the ground at the end of the fall will keep the plant from being damaged by heavy snow or ice.

Dead plant material from the previous season can be cleaned up in early spring in many of the warmer hardiness zones. The spent stems and foliage will act like insulation and help to protect the crown during extremely rainy or windy winters.

Any plant material that is affected by pests or disease needs to be cleared away from Catmint so that there is less risk of reinfestation the next year.