Hollies are a big family – the Ilex family includes more than 400 species of trees, shrubs and vines, both deciduous and evergreen. The six most common garden types are deciduous red-berried Winterberry (Ilex verticillata), and evergreen Inkberry (Ilex glabra), Japanese holly (Ilex crenata), Yaupon holly (Ilex vomitoria), Blue holly (Ilex meserveae), and English holly (Ilex aquifolium) – the red-berried holly of winter holiday cards. There are varieties for pollinators, winter color, formal hedging, or statuesque specimens. If planting for berries, you’ll need both a male and a female plant for pollination within 50 feet of each other. Their hardiness spans USDA zones 3-10. 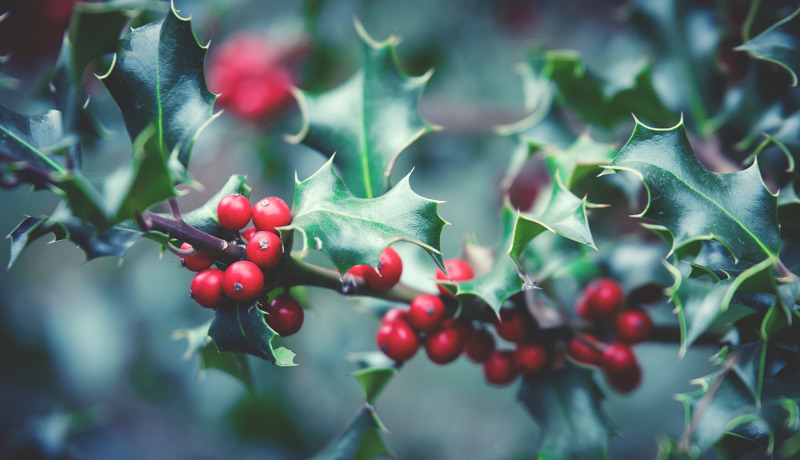 Choose a sunny or lightly shaded spot with loamy, well-drained, fertile soil that retains even moisture throughout the year. The optimal pH is an acidic soil between 5.0 and 6.0. If you know your site is too alkaline from a soil test, or you see your holly’s leaves are turning yellow, consider boosting acidity by adding aluminum sulfate, or mulching with peat moss or pine needles. The planting hole should be two to three times wider than the width of the plant, and just as deep as the root ball. Follow spacing according to variety. Mulch the perimeter of the plant with organic matter without covering the crown or root ball of the plant to avoid root rot.

New plants will require close tending in their first two years. Even once established, most hollies prefer even moisture, not overly wet or dry. Two inches a week is optimal. Water thoroughly twice a week during hot or dry weather during the growing season.

Choose a slow-release fertilizer made for acid-loving broadleaf evergreen shrubs such as camellias and rhododendrons, or one made for hollies alone. Apply in early spring and fall according to package directions.

Most hollies need little pruning other than shaping or removing crossing or dead branches. Yaupon and Japanese, Yaupon, and Inkberry hollies are the most tolerant of shearing and pruning for hedging, in that order. Japanese holly can be pruned to the base to rejuvenate and overgrown shrub, and Yaupon can have 1/3 of the branches cut to the ground. Winterberry can also take similar rejuvenation pruning removing 1/3 of the branches that are at least an inch in diameter. 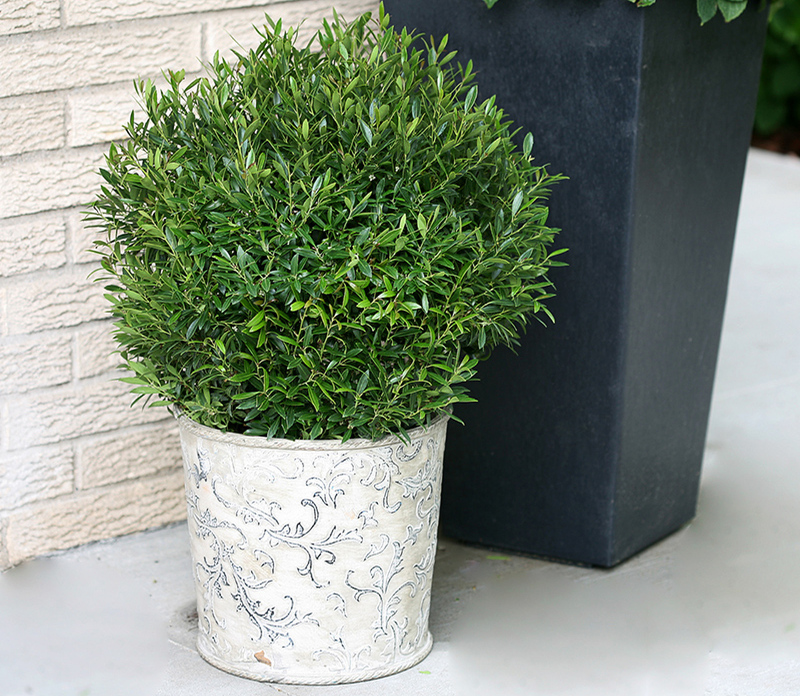 Caring For Hollies in Pots

Select varieties that stay naturally small, under four feet or so, and choose a generous pot that it can stay in for life. Adding annuals or smaller perennials for textural and seasonal interest will jazz up your pot year-round.

Some evergreen hollies are susceptible to desiccation in cold winter winds, similar to Rhododendrons. If you are growing a holly in the colder edges of its hardiness zone, especially a newly planted one, it would be prudent to offer extra protection. First, water well throughout the fall, though not to the point of sogginess. Provide a two- to three-inch layer of organic mulch surrounding the plant while keeping the crown and stem clear. Consider wrapping in burlap around stakes, leaving the top open and without constraining the foliage. Remove in spring. There are anti-desiccant sprays, but take care to follow directions closely, applying at the right time. 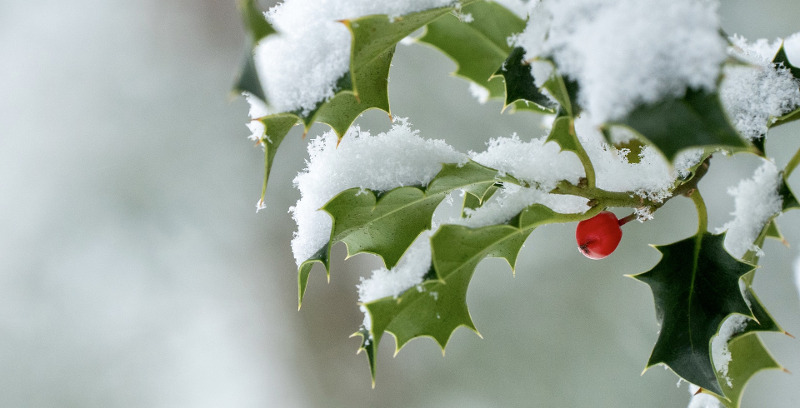 What are the different types of hollies?

Why Are My Holly Bush Leaves Turning Yellow?

Yellow leaves on a holly can be caused by overwatering, an iron deficiency in the soil, or soil with a pH level that is too high. If the pH is too high, this renders the holly unable to process the iron that's there.

How Fast Do Hollies Grow?

Hollies most often get 12-24 inches taller annually, though there are species that might grow up to 3 feet a year, and conversely, a few that only gain inches.

What Types Of Hollies Do I Need For Pollination?

Hollie bushes are what is called  “dioecious” which means there are plants that have male flowers and plants that have female flowers. One of each is needed for cross-pollination. There are a few varieties of holly that do not need to be cross-pollinated, mostly of the Chinese variety, Ilex cornuta, that can be loaded with berries, even though there aren't any others around, however, this renders the berries sterile!

Holly comes in many different forms, from dwarf bushes to trees and although they prefer evenly moist soil, once they are well established, they are drought tolerant.

Have a question about Holly Bushes? Fill out the form below and we will try and get back to your question as soon as possible. We may even feature your question on this article to help other gardeners!