Your garden will come to life during the winter with deciduous or evergreen hollies gracing your landscape. In the summer, hollies make the perfect dreamy green backdrop for all your other plantings.

The holly genius consists of 480 evergreen and deciduous species, including trees, shrubs, and long-stemmed, woody vines that climb up to a shrub or tree canopy to reach the light. With so many hollies to choose from, there is sure to be several varieties to meet your landscape needs.

Hollies (Ilex spp.) are dioecious, meaning they produce male and female flowers on different plants. The most common reason for lack of berries on female shrubs is that the tree is either a male or that a male tree is not available nearby to pollinate a female one.

Most holly species are dioecious, meaning male and female flowers are on different plants, thus requiring a male holly plant to pollinator for the female to set fruit. Pollen for a female species doesn't necessarily have to be from male of the same species. What's important is the female flowering time needs to coincide with a male holly flowering time. There are a couple of hollies that set fruit in the absence of a male, and these berries will have sterile seeds.

Typically, one male plant can pollinate anywhere from 4 to 6 female plants, or even more depending on the variety.

There are 4 main types of ornamental hollies:

Blue Holly - Ilex meserveae - these have the typical holly shaped leaves and are evergreen shrubs. Most often, these shrubs require a male and a female plant to produce berries on the female plants. These are also native to North America.

Inkberry Holly - Ilex glabra - this is an evergreen species found native to Europe and North America. Most produce black fruit, but some can produce white fruit. The leaves do not have spines.

For more detailed information about different species and types of hollies, keep reading below.

Many hollies are native to Europe, but then there are also many found native to North America.

Examples follow, including the American holly, Ilex opaca. The American holly is often used for decorations at Christmas time; their red berries are in their full glory during the winter holiday season. The American holly is native to southern and eastern United States, within hardiness zones 5 to 9, and reaching heights of 15 feet to 60 feet. As a native, American hollies grow wild in the woods near most homes, so male pollen should be available. In the absence of green space, the male holly cultivar 'Jersey Knight' is the ideal pollinator.

Inkberry, Ilex glabra. There are a couple of cultivars of inkberry that produce white fruit, such as 'Ivory Queen' and 'Leucocarpa'. Most cultivars produce black fruit on the female plants. Unlike many hollies, inkberry leaves have no spines. The inkberry holly is native to eastern and south-central U.S., within hardiness zones 5 to 9, and reaching 4 to 8 feet. Ilex glabra 'Nortic' is the male pollinator for female Inkberry hollies. 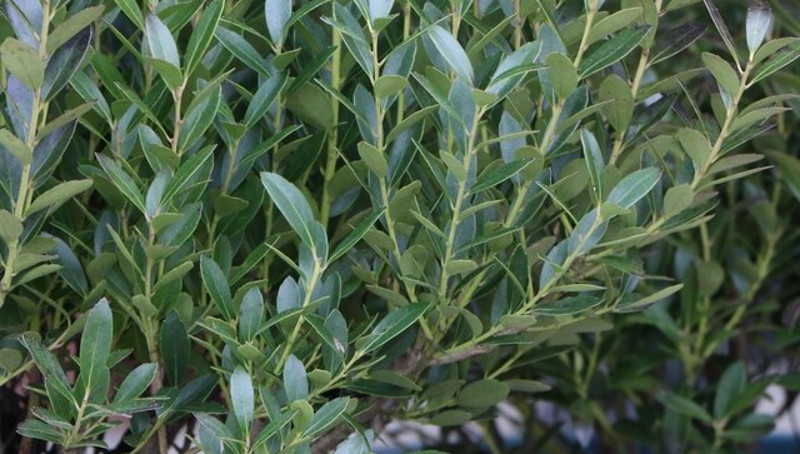 Yaupon Holly, Ilex vomitoria. If your landscape needs a salt or drought tolerant holly, the yaupon holly is ideal. Interesting to note. While all holly berries are poisonous and often cause vomiting, the fruit from the Yaupon holly, I. vomitoria, was used by Native Americans in a ceremonial drink. It would make them vomit, leading to the species name, vomitoria, and common name, emetic holly. Native to the southeastern U.S., within hardiness zones 7 to 9, and reaching heights of 4 to 30 feet. Area male pollinators such as either Ilex opaca, American holly or Ilex decidua, possumhaw holly typically abound to pollinator female flowers. In the absence of that, Ilex 'Will Fleming' is a male plant.

The Carolina holly, Ilex ambigua. Commonly referred to as possum holly, this holly produces bright red fruits in the fall. Native to the southeastern U.S., along the coastal plain from North Carolina to Texas and as far inland as Oklahoma, Arkansas, and Tennessee, within hardiness zones 7 to 9, and reaching heights of 15 feet to 20 feet. Needs the male Ilex ambigua for the female to set fruit.

For a moist area, look for catberry, also known as mountain holly or swamp holly, Ilex mucronata. Swamp holly is a deciduous native to eastern parts of North America, within hardiness zones up to 4, and reaching heights of 6 to 10 feet. The fruit is an excellent source of food for migratory birds. Needs the male Ilex mucronate for the female to set fruit.

Myrtle-Leaved Holly, lex myrtifolia. The leaves on this tree are like those of the myrtle shrub, Myrtus communis, inspiring the species and common names including, myrtle dahoon, myrtle holly, and myrtleleaf holly. Native to the southeastern U.S., within hardiness zones 7 to 10, and reading heights of 15 to 25 feet, and reaching up to a height of 40 feet. Needs the male Ilex myrtifolia for the female to set fruit.

Winterberry holly, Ilex verticillata. This is another moisture-loving deciduous native holly is the common. This species does well in wet areas, and its native habitats are places like bogs or swamps. Native to eastern parts of North America, within hardiness zones from 3 to 9, reaching heights of 6 feet to 12 feet. For pollination, one male can pollinate from five to ten female hollies. 'Apollo', 'Jim Dandy', ‘Raritan Chief', and 'Southern Gentleman' are the male cultivars with flower timing to pollinate winterberry holly.

High Clare Holly, Ilex x altaclarensis, is a hybrid between Ilex aquifolium and Ilex perado, most likely from England.

Chinese holly, Ilex cornuta. A drought-tolerant evergreen holly. Chinese holly is also known as horned holly because of the shape of their leaves. This evergreen species makes a great privacy hedge. Native to China and Korea, and works well in hardiness zones 7 to 9, reaching 6 to 25 feet, depending on the cultivar. Needs the male Ilex cornuta for the female to set fruit.

English holly, Ilex aquifolium. English holly is the poster plant when the Christmas season is upon us. English holly also referred to as Christmas holly, common holly. Native Europe, Asia, and Africa, within hardiness zones 7 to 9, and reaching heights of 15 to 50 feet. Most often, the Female English holly pollinates from a male American holly, but 'Gold Coast' is a male form.

Japanese Holly, Ilex crenata. Also known as box-leaved holly because the leaves look like those of boxwood shrubs. The fruit produced is black and not as distinct as others in the genus. To tell the difference between holly shrubs and boxwood shrubs, note that hollies have alternative leaves, occurring one at a time on alternating sides of a branch, while boxwood has opposite leaves. Native to China, Korea, and Japan, within hardiness zones 5 to 8, and reaching heights of 3 to 10 feet.

Needs the male Ilex crenata for the female to set fruit. 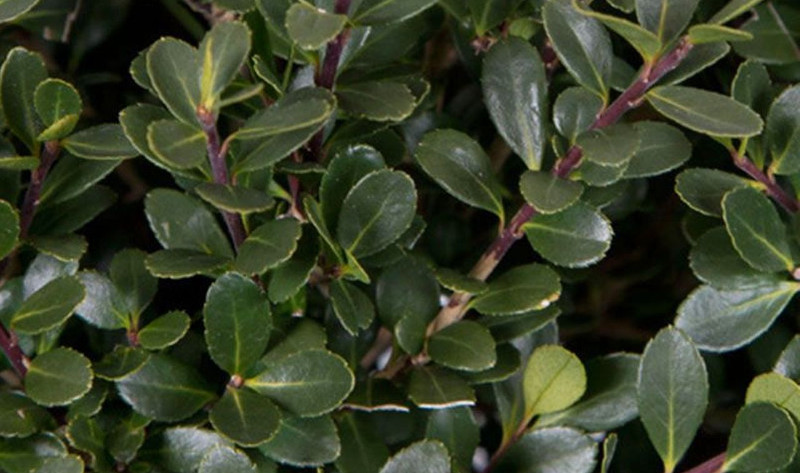 Longstalked Holly, Ilex pedunculosa. Looking for a tough plant for your urban or coastal location Longstalked holly is tolerant of pollution and salt.

Native to China, Japan, and Taiwan, within hardiness zones 5 to 8, reaching heights of 10 to 30 feet. Needs a male Ilex pedunculosa for the female to set fruit.

Lusterleaf Holly, Ilex latifolia. The foliage is used in China to brew a tea, although the true tea plant is Camellia sinensis var. sinensis. This plant is drought-tolerant and is an excellent evergreen specimen, hedge, or espalier.

Native to China and Japan, within hardiness zones 7 to 9, and reaching heights of 15 to 25 feet tall. Needs a male Ilex latifolia for the female to set fruit.

Round Leaf Holly, Ilex rotunda. Round leaf holly is a commonly planted garden and street tree in Japan. Native to China, Japan, Korea, and Vietnam, within hardiness zones 9 to 11, reading up to 40 feet. Needs a male Ilex rotunda for the female to set fruit.

Finetooth holly, Ilex serrata. Known as Japanese winterberry or deciduous holly. A yellow fruit cultivar is Ilex leucocarpa, which may also be white, as well as 'Sundrops' and Ilex x anthocarpa.

Native to China and Japan, within hardiness zones 5 to 8, and reaching heights of 6 to 15 feet.
A common non-native deciduous cultivar is ‘Koshobai'.