Japanese Holly is an evergreen shrub with small, glossy green foliage. This shrub makes a wonderful hedge and can be used to define a space or add year-round color. Japanese Holly is easy to grow and has a dense, compact form; shrubs can grow 3 to 10 feet tall and wide, depending on the cultivar. This shrub has insignificant springtime flowers that give way to showy, black-colored berries in the summer. The fruit adds color and texture to a landscape while also serving as a good food source for birds. 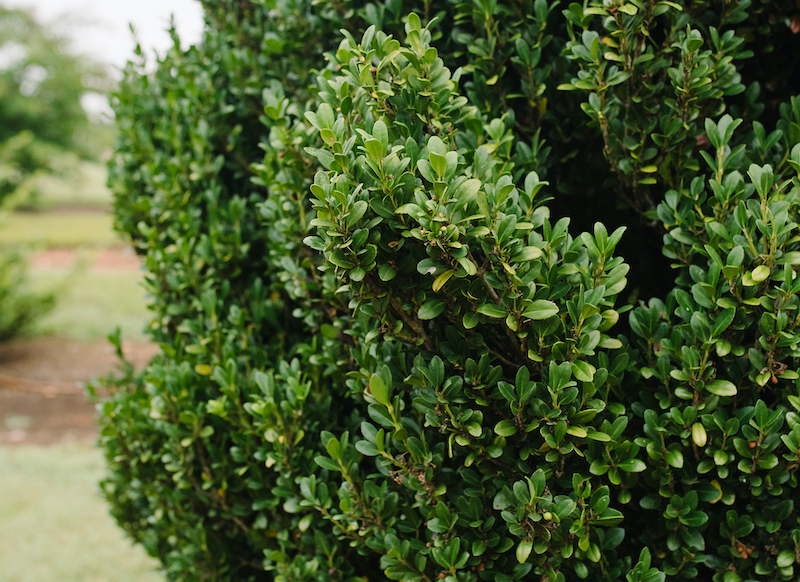 Japanese Holly can be planted in the fall or the spring. Plant these shrubs in acidic soil that is rich and well drained. These shrubs can grow well in full sun to partial shade, depending on the variety. Plants grown in low light may be less full and dense, so carefully select a location with adequate sunlight. Japanese Holly plants prefer an area that is protected from high winds, like near a building or structure. Plant them in a visible area where the evergreen foliage can be admired all year. 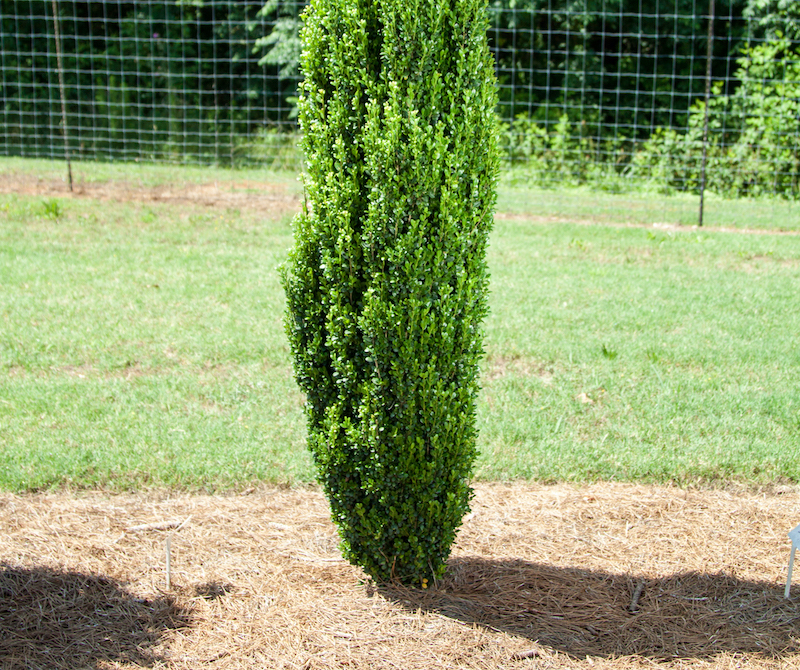 Newly planted Japanese Holly shrubs have medium moisture needs and require consistent water. Keep the soil damp but not waterlogged. Established plants are drought tolerant, so they typically do not need much water. Give established Japanese Holly plants a drink during a drought or extended dry period to support the foliage and new growth.

Japanese Holly plants are low maintenance and do not need much feeding, but giving the plants a boost of nutrition will keep them growing and pushing out new foliage. A layer of organic mulch spread around the base of the shrub will support continued growth. Supplement the mulch by applying a slow-release, balanced plant food with a ratio like 10-10-10. Feed established Japanese Holly shrubs every couple of years.

While Japanese Holly has an excellent natural form, this shrub responds well to pruning, allowing for a more formal look. Trim branch tips to encourage a full structure. Prune to shape the plants in the early spring or fall. Save any heavy or structural pruning for the early spring before new growth appears. Create a topiary by trimming the plants every few weeks to shape the shrub. Dead or damaged growth can be removed as it is noticed.

Caring For Japanese Holly in Pots

The care requirements for Japanese Holly plants grown in containers are similar to plants grown in the ground. Container-grown plants will need water more often and fertilizer applied annually in the spring. Since potted plants are watered more often, the nutrients from the fertilizer are rinsed away more quickly. Select a large container with drainage. 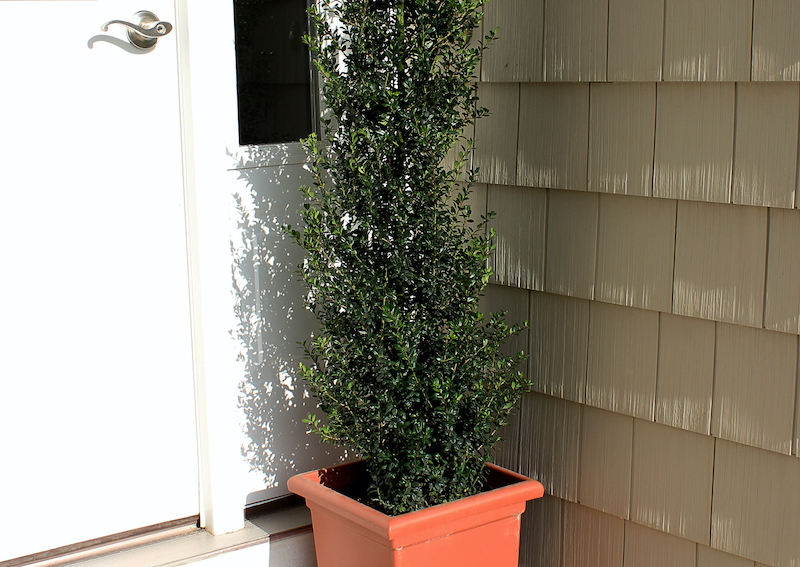 Japanese Holly plants generally do not require much winter care. Plants in windy areas may benefit from being wrapped in fabric to ward off the winter chill, although it is best to avoid planting this shrub in a windy area. Apply a thick layer of mulch around the base of the plant to protect the roots from freezing temperatures. Move potted Japanese Holly plants into a protected area to keep the roots out of the cold.

does Japanese Holly have invasive roots

Is Japanese Holly an annual or perennial

Does Japanese Holly come back every year

Have a question about Japanese Holly? Fill out the form below and we will try and get back to your question as soon as possible. We may even feature your question in this article to help other gardeners!